My mom is home. Fatigued, but happy to be home. I asked her if she wanted me to stay with her tonight and she said no. She craves normalcy, sitting quietly in her own livingroom on her own sofa surrounded by her cats. I'm grateful she's home and that she should bounce back from this bout with pneumonia.

My best friend and I are still us. He's been worried about his own job, especially after having to take several previously unscheduled days off due to, of all things, a blizzard. Consequently he hasn't been as available to converse as I'd like. But he's back, and we're still as comfortable with one another as ever. His dad is getting divorced (again) and the office politics at his agency are disturbing him. But he's reasonably certain I won't lose my job and he's been very sympathetic about my mom. He's my bud. Everything makes more sense when he's around.

I'm still inspired. I've worked out 3 days in a row! It feels good.

Someone to hang onto 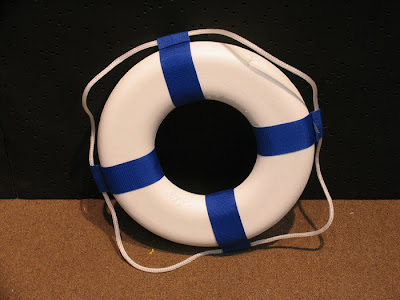 Good news! My mom should be home this afternoon or this evening! She doesn't sound so good -- tired and distracted. But both her cardiologist and her lung doctor tell her she's cleared to go. Now she only has to get the OK from her GP and she'll be in her own bed, surrounded by her cats, tonight.

I'm so grateful. She's my mommy. I still need her.

What's more, my oldest friend has generously offered to step up to the plate. She says that if my mom or I needs anything, "Put up the signal. I'm there." I've known her since we were in Kindergarten together. I still need her, too.

... that my client is going to suspend promotions on another product. And that would just happen to be the very product I work on. Uh-oh.

It wasn't that long ago that I thought I escaped the shadow of the grim reaper's scythe. I may have been too optimistic.

Or maybe not. This is an unpredictable industry in a depressed economy. Who knows what will happen next? I must remember to breathe deep, take it one day at a time, and not freak myself out. Though I suppose it wouldn't hurt for me to reapply the brakes on my spending ...
Posted by The Gal Herself at 4/07/2009 01:51:00 PM 2 comments:

Have you ever made a mix CD for someone or had one given to you? My niece, currently in high school, is a newly-minted Beatle fan and her favorite is George. For Christmas, in an attempt to convince me that he was as talented as Lennon-McCartney, she made me a pair of CDs -- All Things Must Past and a mix of her favorite songs from other George albums (as well as the Willburys). I appreciate the gesture and enjoy the songs, but I'm still a Paul Girl.

What way do you share music with friends? Mix CDs, tapes or other means? Just yesterday I sent an email to my best friend with Martha Reeves' version of Van Morrison's "Wild Night" as an attachment.

Why do you usually make a mix CD? I've only ever made three mix CDs:
1. to re-introduce said best friend to Bruce Springsteen. Back in the 1980s, when Bruce hit it big, my friend was going through one of those "if it's commercially successful, it can't be good" phases that we all have fallen victim to. (Back in the 1970s I resisted Elton John for the same reason, so I don't judge.)

2. A 15-song overview of Paul McCartney's career for my best friend's little girl. She discovered that they shared a June 18 birthday and wanted to know as much about him as she could, as fast as she could. I think Sir Paul may have since been displaced for the Jonas Brothers.

3. a collection of my friends' favorite songs for my uncle. He's ill, stricken Parkinson's, so I thought I'd expand his world a bit with music he may not be familiar with. My friends are an eclectic bunch, and it was reflected in their contributions -- from Laurie Anderson to Johnny Cash to the Doors to Cesaria Evora.

If you could make one person a mix, who would it be and why? Hmmm ... I can't think of anyone. Is that bad?