I simply don't believe him

We've been trying to sell our condo building through deconversion for more than a year now. I dearly wanted it to work. It would give me a way to sell without replacing my windows and upgrading the kitchen and flooring -- expensive things I'd need to do to get a good price selling on my own. However, it looks like it's just not going to happen.

Part of the problem is timing: As a board member, I don't feel right compelling anyone to show their unit during the pandemic.

Part of it is bad decisions on our part: It's a long and unpleasant story, but as a board we refused to let someone rent out his unit after he took a job out east. I thought this was a very bad move, morally. One of our neighbors was struggling, so why not let him rent as part of the hardship clause in the association rules? The other board member is very much against renters in our building and refused to go along with it. I never felt good about that decision, but I only have so much fight in me. Anyway, the unit owner -- strapped by his mortgage payment/association fee here and the rent on his new apartment -- sold his place fast and at a loss. It lowered the market value of all of our units, and the deconversion selling price.

Most of it, though, is that our real estate agent is a douchebag. He's the kind of sales guy that, after he shakes your hand, you count your fingers. He's entitled, and has regularly treated me like staff (get me this, find me that). He's never made bringing our unit owners along with the process his priority. Oh yeah, and he cuts corners. He's not a hard worker.

For the last four weeks, we've been trying to get onto his calendar to talk to him and pull the plug on deconversion. The first week, I gave him dates and times that we were available for a call and he simply didn't call me back. The second week, I tried again. He apologized for not answering me, but said he was busy upgrading his website and app and didn't have time. 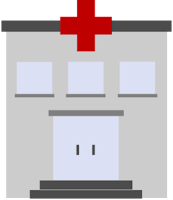 I told him then, since I was unsuccessful suggesting times, the ball was in his court and he needs to set something up. It was today at noon.

That call never happened. Because, he says, he had to rush his baby daughter to the doctor.

I don't believe him. I think he found something more lucrative to do and blew us off.

I hope I'm wrong, because lying about your baby's health is very, very bad karma.

Such a silly gal! 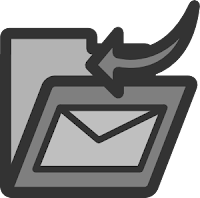 I am, generally, a good cyber pen pal. It's a nice talent to have in these days when we aren't congregating like we used to. Fortunately, words come easily to me, and I can compose a chatty email that's easy for the recipient -- who likely doesn't consider him/herself a writer -- to answer. I sent such a chatty email to my friend, Nancy.

The subject line was: "A tough time to be a mom." I asked Nancy about her daughter, Ivy. She's a college student who came down with Covid19 while crashing with friends in St. Paul, which means Ivy was battling a serious illness at the epicenter of racial unrest. Then I asked about Nancy's son. Peter has battled drugs and alcohol. He's riding out the pandemic somewhere out west.* Having lost his restaurant job due to the shut down, he's been under a lot of stress and stress isn't always conducive to sobriety.

Then, since one of her cats suddenly died recently, I asked Nancy if her house seemed empty, and whether she and her husband had considered adopting another cat.

Only in my rush to hit "send," I left out a couple words. I closed by asking Nancy if her house seemed empty, and whether she and her husband had considered adopting.

My 50-year-old friend admitted she found my question shocking. In fact, she said, she literally choked when she got to the end of my message. Those last two forgotten words made all the difference in the world.

When I corrected my lazy mistake, we had a good laugh about it. I don't mind being court jester for my friends in these tough times.