A powerful dose of sisterhood, courtesy of Michelle Obama

Saturday night, my movie group watched Hitchcock's Shadow of a Doubt. It's one of my favorites. It's a favorite of our moderator, Will, too. His enthusiasm for these classics makes the movies even better. 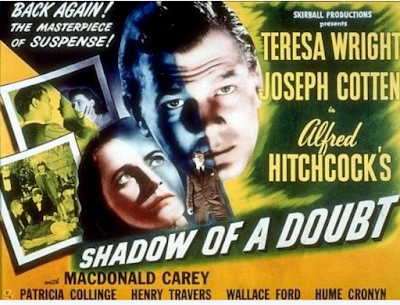 After the movie, Joanna and I went up the street to catch up at our favorite Spanish restaurant. It's been a long time since we just sat and blabbed. Summertime, I think. (I remember checking my phone for the Cubs score that night.)

She has a new man in her life! Well, sort of. He's the brother of a friend. They met while he was visiting from Panama. Since he left, they have talked and texted every night. But he doesn't want her to come visit. Not if she's not willing to stay. Of course she isn't. She's not leaving the country forever for a man she knew for a week. And yet, she's excited and "girly" when she talks about him. Maybe he's just the thing for her now.

Her life has been shadowed by death. Her cat and dog died after long illnesses, and within months of one another. While her brother was in the hospital recovering from a car accident, he was diagnosed with cancer. A flirtation with a charming man who lives on a sailboat in a faraway land could be just what she needs.

I brought her up to date with Henry's issues. She kept telling me how lucky we are. I appreciated hearing it. His case is so difficult right now that I forget that he might have been left permanently disabled or without memory and/or speech. 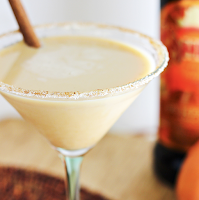 As I finished my pumpkin spice martini (a first for me), we somehow arrived at menopause. Honest, I don't recall how we got there. But we agreed women don't speak of it often enough, or candidly enough, with one another.

I segued to Michelle Obama's book, and the way she addresses her difficulty in carrying a baby. I said I thought it was more than courageous of the former FLOTUS, it was important because so many of us have gynecological issues and we just don't talk about them. For a woman as accomplished and together as Michelle to admit she had it, faced it and overcame it has to be a help to others.

Joanna's response surprised me. She began to cry as she told me about the baby she lost during her first marriage. She didn't mention the date of the miscarriage, but instead when her baby was due: August, 1981. He would be 37 now. (She consistently referred to the baby she lost as "he.") She didn't go into detail about what happened (miscarriage? stillbirth? and why no other pregnancies?). I didn't press. I could tell that she was sharing something very dear to her and she had to do it in her own way.

She mentioned her passion for tennis star Roger Federer, who happened to be born when her baby was due. People think she has "a crush" on him, but it's not that. There's no sexual element to it. She feels a connection to him and his soul because of the son she lost.

I told her I get it. Anthony Rizzo is the same for me. I look at him and don't see a lover, I see the son I would have been proud to have. I'm not jealous of his fiancee, Emily. I envy his mother. Of course, I was not pregnant when Rizz was born. I've never been pregnant. But his values, the way he behaves, the way he treats people and courageously uses his fame for good ... he lives what I would have liked to pass on to a son.

We found ourselves holding hands for a moment. We felt closer than we had before and we had shared something important.