1) This song highlights the soundtrack from the movie A Summer Place, which is about two teenage lovers named Molly and Johnny. Did you ever have a youthful summer romance? If so, what was his/her name? A lifeguard named Mike. I was desperately in love with him, all bronzed with the zinc oxide on his nose. It was completely one sided. He just saw me as one of the half dozen girls who sat at the foot of his tall, white wooden chair and gazed adoringly at him. He's nearing retirement age now. It makes me smile to imagine him as he must be today.

2) The "summer place" of the song/movie is a resort along the Maine coast. What "summer place" are you day dreaming about this winter morning? The Friendly Confines of Wrigley Field. I miss my guys! 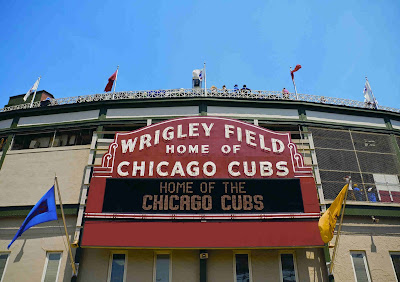 3) In the movie, Johnny was played by Troy Donahue, who is remembered as nice looking but not terribly talented. Can you think of one of today's actors who you could describe as "nice looking but not terribly talented?" Channing Tatum popped into my head, but I can only recall seeing him in one movie. So maybe I'm not being fair to him. Let me switch that to Brad Pitt. He's always struck me as, at best, "fine." Usually he doesn't reach that bar.

4) Molly is played by Sandra Dee, a perky blonde who was one of 1960's bankable movie stars. Two other blondes -- Doris Day and Debbie Reynolds -- joined Sandra Dee in the Top 10. The only brunette to sell a lot of movie tickets that year was Elizabeth Taylor. Do you believe men find blondes more attractive than brunettes or redheads? I think they like blondes in theory. Meaning if you asked a man what his dream girl looked like, he'd start with "blonde." But since Elizabeth Taylor ca. 1960 was as beautiful as it gets, I think she'd be forgiven for her dark tresses.
5) "A Summer Place" was by far the best-selling record of 1960. Also in 1960, two brothers in Ypsilanti, Michigan, opened a pizza place called Dominck's. That was the beginning of a chain now known as Domino's. What's the last food you had delivered to your front door? It was pizza. But not Domino's. I prefer the independent establishment around the corner. Their pizza is very good, and since they support our local little league baseball team, I support them.

6) In 1965, one of the brothers sold his share of the business to his brother for cash so he could buy a VW Beetle. Tell us about a time you had buyer's remorse. My futon was an expensive mistake. It was so pretty but wore so poorly. 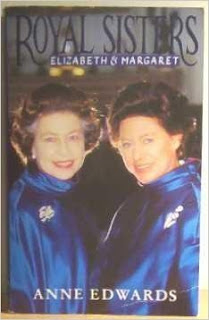 7) In 1960, novelist Ernest Hemingway returned to the United States from Spain and settled in Ketchum, Idaho. Tell us about the last book you read. Was it a novel or non-fiction? I'm currently reading Royal Sisters, about the early years of King George VI's daughters. I'm learning about the Queen as a young girl, which is cool. But Princess Margaret is a more compelling figure than I realized. Her husband, Anthony Armstrong Jones, was just laid to rest this week, so her tempestuous adult years have been in the news, too.

8) In December, 1960, John F. Kennedy, Jr. was baptized in the Georgetown University Chapel. His godparents were Charles and Martha Bartlett, the couple who originally introduced young John's famous parents. Do you have godparents? My godfather was my mom's baby brother, the beloved uncle I've mentioned often in this blog. He was a big influence on my life and I think of him every day. My godmother is my dad's baby sister, my aunt in Florida. For reasons too complicated to go into -- and besides, I'm not sure I completely understand them -- she became remote from my mom, my sisters and me after my dad died in 1991. But over the past five years she has worked hard to rebuild a relationship with me, and I treasure that.

9) Random question: You're at dinner with a married couple who begins to fight. Would you intercede and try to make peace? Or would you just sit back stay out of it? I would initially try to stay out of it, but if the battle went on, I'm sure I'd say something. "Staying out of it" is not a talent I have.