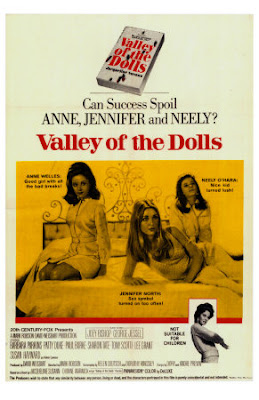 Share which movies you pop into the DVD player if you're feeling bored. Then link back here to The Bumbles.

Godfather, Parts 1 and 2. To me, these two movies have morphed into one EPIC. And they are non-stop action, even if some of the action is plotting and chicanery. You can call the Corleones many things -- but "boring" is not among them.

Valley of the Dolls. The guiltiest of all guilty pleasures. The clothes! The hair! (Including a wig that memorably meets its demise in the ladies' room.) The sex! The booze! The pills! The horrible songs! The wretched dialog! All this excess is make it the perfect antidote for boredom.
Posted by The Gal Herself at 7/18/2010 10:00:00 PM 6 comments:

Shall I make this out to myself? 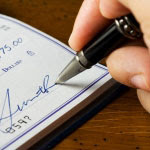 My shrink had to cancel our appointment, scheduled for last Thursday. And that's too bad, because I have been having disturbing dreams. Graphic dreams. Sexually explicit dreams. These dreams are pleasant when they're going on. It's just when I wake up that they upset me.

Because they are about him. The man with whom I had my longest relationship. The one with whom I spent several highly dysfunctional years. Because of the physical abuse that went on, thinking of him sexually is a very complicated issue for me.

We broke up so long ago. I have worked so hard to put him and all he represents behind me. So why am I thinking about him so much now? And in this way? Disturbing and confusing.

On second thought, just disturbing. I'm no longer confused because I realized why my ex is suddenly so top of mind …

The Mel Gibson tapes. When he drank, he sounded not unlike Mel (though without the heavy breathing). If we were on the phone and I could sense his mood change, I'd listen carefully for the sound of ice. For if he was switching from beer to something stronger, I knew I'd better sleep alone at my own place that night. Woe be to me if I read the signs wrong and went to his place instead.

So now that I know where the dreams are coming from, they have less power to upset me. And, perhaps, they will stop haunting me.

Clean Me -- Keep on keepin' on

It's been a while since I've done anything that I felt was worthy of the coveted broom and dustbin. But this afternoon I revisited the dining room table, which was starting to disappear under paper again. So this evening I organized, and shredded and acted upon. And I feel better for having done it!

I intend to repair the hem on my jeans and shorten the straps on a cami ... like the papers on the dining room table, these are things I'm "gonna" do. Once I actually repair the hem and straps, these items will go into the armoire instead of on the clothes hamper, and just a little more clutter will disappear.
Posted by The Gal Herself at 7/18/2010 06:10:00 PM 1 comment: