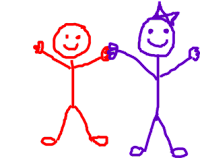 Heard from my best friend today for the first time in two weeks. It was a quick email, apologizing for being so quiet for so long and giving me a brief overview of what he's been up to -- a stay at his father-in-law's house in Long Beach and visiting colleges with his oldest daughter, barbecues with friends. Today he and his family are off first to Las Vegas and then the Grand Canyon.

I didn't bother to answer it because I was very busy at work today and by the time I got time (which would be now) it hardly seemed worth it. After all, in a few hours he's going to be on a plane, surrounded by his wife and daughters.

But something has stopped me from reaching out to him. When my niece and I were sitting in a coffee shop, and I was writing up postcards with photos of downtown Muskegon and the Musical Fountain to get a Michigan postmark, I didn't include one to him. I thought about it -- I had enough cards and stamps -- I just didn't and wrote a "thank you" note to my niece's boyfriend instead.

I just don't feel like being the one who does all the heavy lifting any more. It's not the same between us anymore.

Part of it is his attitude toward money. His father-in-law went from wealthy to multimillionaire in early 2006 when the company he worked for went public. My best friend never liked what his FIL stood for and resisted being sucked into his sphere. He was so was proud of his independence.

But over this past year, when he's been unemployed ... well, my friend has gone to Long Beach twice, spent Thanksgiving in Mexico, and Easter in New York, and now they're off to the Grand Canyon. And he lives in a 5BR/5BA house with multiple fireplaces. His daughters go to a private school. He's diabetic, so there's his insulin pump and testing strips and hefty medical insurance premium payments.

Yet he's taken 5 vacations in 12 months. I hear about trips but not much about job interviews. I know he's been blue and even a little embarrassed about his difficulty in finding a job, but now I wonder how hard he's trying.

It's not so much that I disapprove of my best friend, it's that I don't know him anymore. 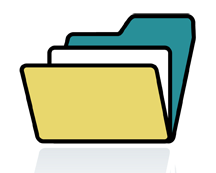 This week I am soooo busy at work! The days are just flying by because I have three projects going simultaneously!

Three at once is not unusual in advertising. Early in my career -- even earlier during my tenure at this agency -- it was standard. But over the last year it's been so very slow that this feels unusual and exhilarating.

While I'm at work, that is. Unfortunately, when I get home, I'm exhausted and crash on the sofa. I had meant to be do serious housework and take walks in the evening -- the weather has been unseasonably cool and beautiful this week -- but it just hasn't happened. Between being tired from work, and staying up late with my Cubs during this Western road trip, I'm feeling kind of sluggish.