Today I got calls from both Reg and Henry. Reg didn't get through, but Henry did. He was tearful, angry, depressed, and miserable.

About New Year's Eve, where he was alone in the hospital. About his wedding and class rings, which he lost when he was airlifted to the hospital back in October 2018. He insists they were stolen by a hospital worker.

I don't know what triggered all this. I couldn't get him to tell me. He sounded tired and drunk and was completely unreasonable. As near as I can tell, he saw his GP today, and that doctor recommended a psychologist. I don't know why this would rattle him so. 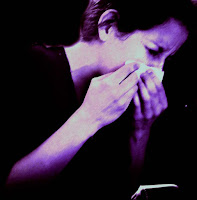 Now it's nearly 7:00 on Saturday evening and I'm still in my nightshirt because I am sick. I have been sick all week. I am achy. I am tired. I am coughing. I can't breathe. I don't want to hear about New Year's Eve (18 days ago) and the fucking rings (more than a year). Henry can be very selfish.

I don't believe Henry is serious about suicide, but I am not a doctor. I am not a shrink. Henry is in Key West. I am in Chicago. It's not like I can just get in an Uber and check on him.

I have called Reg, who is asleep because he has to be at work at 4:00 AM. I have called Patrick, who is staying with them. I believe he's on a date and isn't answering.

I don't want to involve the police for a wellness check. I worry what the legal ramifications would be of that. Would they try to take Henry away?

I wish Reg or Patrick would call me back.

I am sick. I am trying to be empathetic, I am working at remembering that everyone is doing the best he can, but I am sick.

1) The song begins with Kelly describing a woman who is "independent" and "self-sufficient." Are you feeling especially independent and self-sufficient this morning? Or is there a particular task on your to-do list that you wish you had help with?  My home is such a mess. I wish Marie Kondo would come by and help me get organized.

2) Kelly especially enjoys that this song was a hit, because she had to argue with the record company to even include it on her album. Tell us about a time you're glad fought to get your way. There have been creative projects at work that I believe came out better because I dug my heels in.

3) The video depicts a very lively party that spills from the house to the pool area. What's the last party you attended? Was it held indoors, outdoors, or did the revelers enjoy themselves both inside and outside? It was Christmas night. We began in my friends' living room, and then two of us peeled off and continued our celebration with pizza at an outdoor bar near the ocean. (It was Key West, where my holidays are festive, if not conventional.) 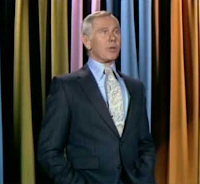 5) Kelly Clarkson has a new daytime talk show. Who hosted the last entertainment talk show (as opposed to news) that you watched? Johnny Carson. I was just flipping through channels and stumbled upon an episode of The Tonight Show from 1981. This is why I'm reluctant to "cut the cord" and give up cable. I'm forever accidentally landing on shows that I didn't know I had access to. (PS Most of his monologue was about Ronald Reagan. It's a myth that Johnny wasn't political.)

6) Kelly Clarkson told a foodie website that one of her favorite foods is sushi (especially California rolls). She said she's surprised how fond she is of it, since as a kid, sushi is a food she wouldn't even try. Tell us about something you had to be convinced to try, or do, that you were surprised to find you enjoyed. Spinach artichoke dip.

7) In 2003, when "Miss Independent" was released, Microsoft and Sony were furiously competing for gamers' attention. Do you own Playstation or Xbox, neither or both? Nope


8) Also in 2003, the best-selling cookbook was The King Arthur Flour Baker's Companion. It features foolproof recipes for old favorites like waffles, pancakes, flat breads and crackers. When you look for a new recipe, are you searching for an easier/better way to make something familiar, or are you more likely looking to try something new? I don't cook.

9) Random question: Which has gotten you in more trouble -- love or money? To be honest, I have no talent for handling either.