Sir Paul McCartney turned 70 (!) on June 18. He is still working, still participating in high-profile performances like the Queen's Diamond Jubilee and the upcoming Opening Ceremonies of the London Olympics.

This got me thinking about how much the world has changed since he entered it.

SEVENTY YEARS AGO THIS MONTH ...

1) King George VI (Elizabeth's father, the King of The King's Speech) was on the throne

4) Feeding all the servicemen presented such a challenge that it was not uncommon for British universities and other public buildings to turn their basements over to raising hogs.

5) To support the war effort, the luxurious London hotel The Grosvenor House turned its roof into a vegetable garden

6) At night, Brits retired behind thick blackout drapes and the only lights evident from the streets were searchlights 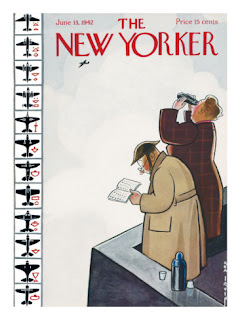 8) The United States Navy won The Battle of Midway

12)  The soundtrack of the movie Holiday Inn starring Bing Crosby and Fred Astaire was released. It includes the song "White Christmas."