I Will Never Let You Down (2017) ... because Smellyann recommended Fastball
Unfamiliar with this week's tune? Hear it here.

1) Fastball is a trio from Austin, Texas. Austin is the capital of Texas. When you were in school, did you have to memorize the state capitals? If we were supposed to, I never did.

2) Have you ever visited your state's capital? Oh, yes! And everyone should visit Illinois' state capital, Springfield, because of all the Abraham Lincoln historical sites. You can see the Presidential Library and Museum (which now has an exhibit from the Spielberg movie), Lincoln's home, the Old Capital House where he gave his "House Divided Against Itself" speech, and his final resting place. It's all inspiring. But my favorite is The Lincoln Depot. It's the site where he said good bye to Illinois when he left for DC. His impromptu speech is so moving:
"My friends, no one, not in my situation, can appreciate my feeling of sadness at this parting. To this place and the kindness of these people, I owe everything. Here I have lived a quarter of a century, and have passed from a young to an old man. Here my children have been born, and one is buried. I now leave, not knowing when, or whether ever, I may return, with a task before me greater than that which rested upon Washington. Without the assistance of that Divine Being who ever attended him, I cannot succeed. With that assistance I cannot fail. Trusting in Him who can go with me, and remain with you, and be everywhere for good, let us confidently hope that all will yet be well. To His care commending you, as I hope in your prayers you will commend me, I bid you an affectionate farewell."
He was a great man, literate and wise and sensitive. And Illinois' own!

3) Fastball played dates throughout Canada this past spring. When did you last leave the US of A? I haven't left this country this millennium.

4) Tony Scalzo is a founding member of Fastball. He's the singer in the video for this song, and that's his wife, Jennifer, playing the organizer of the speed-dating event. Have you ever gotten a job because you knew somebody? This one. My friend Kathleen was working there and asked if I could pinch hit for their writer, who was on vacation. I never left.

5) In this pitch to a perspective lover, he admits he doesn't have much money. Last time you went to the ATM, how much did you withdraw? $55.

6) He sings that at times, his mind is hazy. Do you have a good memory for names? Gets worse each year. 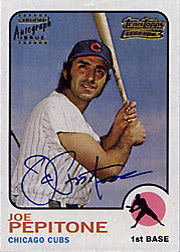 7) Fastball guitarist Miles Zuniga admits that he once had a crush on Carrie Fisher (aka Princess Leia). Tell us about one of your one-sided love affairs, either with a celebrity or someone you knew in real life. When I was a girl I had a mad crush on Joe Pepitone. He was only a Cub for a few disappointing seasons, but I thought he was impossibly glamorous.And I kept this baseball card shoved in bedroom mirror.

8) Fastball's drummer Joey Shuffield is partial to drums from Pork Pie Percussion. This company was started by Bill Detamore, who began making drums as a hobby. Do you have any hobbies that, under the right circumstances, could make you money? Nope

9) The fast ball is the most common pitch in major league baseball. Now that the MLB season is past the halfway mark, how is your baseball team doing? I am confident that the World Champion Chicago Cubs will have an impressive second half.

I once was lost, but now I'm found

No disrespect intended. But the last four days I've been miserable because I missed my guys so much.

Last year, The Cubs had the best record in baseball and made history by placing their entire infield in the All Star Game.  Plus two of our pitchers graced the NL All Star Roster.

That was last year.

This year, only two Cubs represented Chicago (Joe Maddon and Wade Davis). Both were selected. Not a single Cub was voted to the squad.

Instead of having the best record in the game, we're tied for second place in our division and ended the half looking pretty damn mediocre. (Though it must be noted that I really don't mind watching mediocre baseball. I am a lifelong Cub fan. I can recall seasons where we aspired to mediocre.)

So where last year's All Star break brought elation, this year's just left me lonely for my guys. (Though thanks to Twitter and Instagram, I learned that Anthony Rizzo and his fiancee went to the Bahamas for the break and John Lackey invited Jake Arrieta and his family to enjoy the Lackey family's new built-in swimming pool.)

Tonight, the boys are back! I'm watching them play the Orioles, and all is right with my world. Schwarber hit a home run. Zobrist hit a home run. Heyward hit a home run. All three of those guys struggled in the first half and I hope this is a sign of things to come in the home stretch.

There were rumors over the break about a big trade and I was anxious. I love these guys so much, I don't want to see a one of them go. Well, there was a big trade -- with the White Sox, no less -- but it was all good. We got a leftie in his prime, Jose Quintana, in exchange for minor leaguers.

And I'm heartened to remember that The Chicago Cubs are still the World Series Champions. They will be until someone else wins it all. I am forever hopeful that they will begin winning like world champions again. 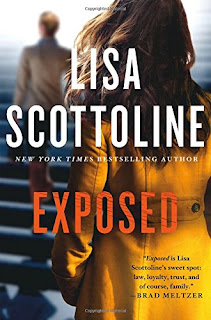