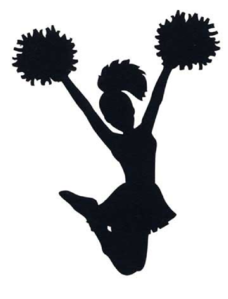 As April draws to a close it is worth reporting (and applauding) that I not only achieved my goal of 13 workouts this month, I exceeded it!

If only this was translating to weight loss ...

I tell myself that at least I'm healthier, and that having exercise as a regular part of my life cannot be a bad thing, now can it?

This week's challenge: Using between 3 and 333 words, write a response including the third definition of the word:
thun·der noun \ˈthən-dər\

She used her time in the elevator to look through the day’s mail. The latest Drs. Foster and Smith catalog, a flyer and business card from an unnaturally gleeful real estate agent, and a letter from the hospital. She was confident she knew what it was – that same “all clear” form letter they send every year after her mammogram.

After reviewing the mammogram you had on 4/3/12, our radiologist requested that you return for additional studies for a complete evaluation. Most such findings are benign (not cancerous). A report of your mammography results was sent to your physician, whom you should call to discuss this matter further.

The thunder in her ears left her unable to hear the little “ding!” when the car arrived at her floor. It wasn’t until the doors opened and she looked into the friendly face of a neighbor waiting to board that she realized she was almost home.

And almost to her laptop. Her doctor wouldn’t be in until morning so there was nothing to do this evening except obsess and worry and troll the web.

WebMD: “80% of all breast lumps are benign …”
MayoClinic.com: “As many as 4 out of 5 breast lumps biopsied are noncancerous …”
The American Cancer Society: “Thanks to improvements in treatment and early detection, millions of women are surviving breast cancer …”

She awoke the next morning still on her sofa, still fully clothed, with the hospital’s website still on her laptop: “The Breast Care Center has a digital mammography unit for state-of-the-art diagnosis …”

Oh, God, it wasn’t a nightmare. This was real. While showering she noticed a bruise on her left breast where she had been poking it, trying to feel for herself this abnormality that was tormenting her.

The next ten days were among the longest in her life. But ultimately, the news was good. The next letter she received from the hospital began: We are pleased to inform you …