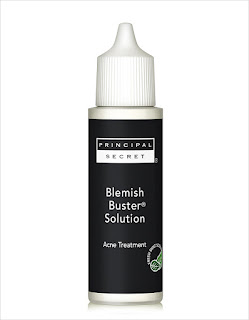 Sulfur has been around for centuries. It's in gunpowder and matches and fertilizer. It's so industrial and sounds so harsh that I have avoided using it on my skin.

I felt another one of those ugly cysts forming, this time on the other side of my chin. I was desperate. So I reached for the Principal Secret Blemish Buster I ordered by accident and never returned out of laziness.

I began using it, sparingly, Friday night. By Sunday morning, all that remained was a flat, red spot.

The redness will last for a while. As I age, my skin is slower to heal. I'm not happy about that, of course, but it's sooooo much better than the raised, angry, unsightly cyst!