This is really happening! 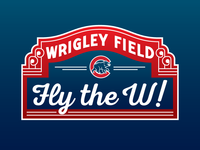 So it's 3-3 going into the bottom of the 8th. My heroes in Cubbie blue haven't scored since the second. Momentum is with the Dodgers, who have been pretty hard on our bullpen.

Being a lifelong Cub fan, I start the positive self talk about tomorrow's game. What an idiot I am! I've forgotten that these kids are proud of their "We don't quit!" creed.

1) This song is performed by a woman who is positively tickled to have unexpected company. How do you feel when people  drop by unannounced? First, I think the woman who sings this song is frighteningly happy to see her guest. Second, when someone raps at my door, my feelings run the gamut from annoyed to mad. Please don't do it.

2) She is clearly proud of her skills in the kitchen. Do you enjoy baking? Cooking? Nope. I used to enjoy making apple-banana cupcakes, but now I think it's too much work.

3) Reference is made to hiring a band. Tell us the last time you were at an event with live music. My community had an outdoor fest last month and one of the bands was just too cute: High schoolers obviously inspired by School of Rock. There they were, performing classic rockers like Bob Seger's "Old Time Rock and Roll." They were pretty good, too.

4) After making recordings in the early 1950s, Eileen Barton appeared on daytime TV in the early 1960s -- including a game show called Video Village. Let's say we're all headed to a TV game show taping this morning. Would you volunteer to appear as a contestant? Or would you rather just stay in the audience? I do not want to be on TV, so I'll just sit in the audience.

5) In 1961, Ms. Barton got married in Juarez, Mexico. What's the longest distance you've ever traveled to attend a wedding? I went to my cousin's wedding in New Mexico. That was about 1350 miles away.

6) In 1950, when this song was popular, the Detroit Red Wings won the Stanley Cup. Are you looking forward to the upcoming NHL season? Nope. The Cubs are still doing absolutely beautifully in the playoffs, and so I'm all baseball/all the time. 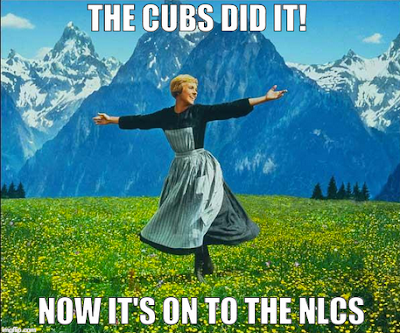 7) 1950 also marks the first time anyone in the United States paid by credit card. Do you pay with a credit card to get rewards? If yes, what rewards are you accumulating (points, cash back, airline miles)? Miles. Cashback would be the wiser choice, but miles inspire better daydreams.

8) In 1950, an athlete named Florence Chadwick swam the English Channel. Are you a good swimmer? Yes. I'm no Katie Ledecky, but I have endurance and enjoy it.

9) Random question: Think about the last "white lie" you told. Was it to spare someone's feelings, or to make your day go more smoothly? Nothing springs to my mind, but I'm sure it was to make my own life easier. 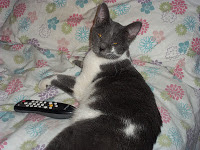 I love this "warm and cozy" photo of little Connie. It was shortly after she moved in -- you can tell because she's still squinting, as we had yet to get her conjunctivitis under control. But it did my heart good to see her so happy and relaxed.

This little girl had a tough time before she joined this household. She'd been kept by a well meaning but completely inept hoarder. When turned in to the shelter, she was emaciated, yet carrying a litter of stillborn kittens. Her breath was terrible because of the bad diet she'd been subsisting on. And bright lights (like a camera flash) caused her discomfort.

But in no time she was one of the clan. She was affectionate with dear old Joe and is an energetic playmate for Reynaldo. And just look how she made herself at home!