Am I ready for real life? 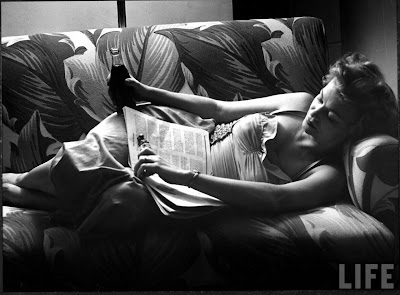 This is a pretty accurate illustration of my life over the past month. I'm not kidding. Any activity more strenuous results in a nap.

For example, on Saturday I met a coworker downtown for lunch. Just to see how I felt riding to and fro on the el. A non-rush-hour practice run. We ate and gabbed for two hours and it felt fine. Then suddenly, I felt all my energy begin to escape. I got home and took a three hour nap. To recover from a two hour lunch!

Today I played a rather enthusiastic game of Scrabble with my 12-year-old nephew. Then we split a pizza (his new favorite: ground beef and cheese). I got home and took a three hour nap.

I return to work on Wednesday. My low energy level concerns me. My doctor tells me that the first few days at work will be tiring, no matter when I go back. My coworker told me that the joke around the office is that I will make the big the presentation down at client on Thursday, the day after I'm back. I'd be certain it was all a joke if we didn't have precedence for this sort of thing -- three years ago, when I was out of the office because my mom was in the hospital, my boss decided I was the right one, the only one, to present creative I had not even seen.

In 2008, it was merely an unwise decision, but I was able to pull it off. In 2011, it would be an untenable position because I don't know that leaving the house at dawn to ride 2 and a half hours to make a presentation to a roomful of people is even physically possible for me at this point.

So I've decided that my ensemble on Wednesday will be dressed way down. I'm going to play "the scar card" and make sure that everyone realizes that wearing anything with a fly still,
lit 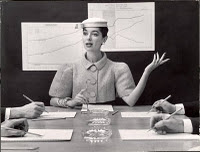