1. What are you currently reading? Exposed by Lisa Scottoline. The book sets up an interesting premise: what if what's fair isn't what's right? It's the latest in the popular Rosato and DiNunzio series, and it pits the two partners and two friends against each other. The case is heartbreaking and timely, regarding employers and insurance coverage and the cost of healthcare in this country. I'm enjoying it so far, though I find Mary's Italian Philly family a bit too cartoonish. Still, I like how Scottoline writes and I like the characters she's created. I just wish she'd give "Mare" a rest and revisit Anne Murphy. Anne is the firm's youngest lawyer with an interesting backstory and she deserves a turn in the spotlight. (I'm reading an ARC of Exposed from Amazon.)

2. What did you recently finish reading? Little White Lies, by Ace Atkins. I enjoyed this latest addition to the Spenser saga ... until I didn't. It has a lot going for it. Ace Atkins brings back some beloved old characters and uses them well. There's good food and good booze and witty banter, and of course a mystery. Connie Kelly hires Spenser to find her lover. He bilked her of tens of thousands of dollars, and left her a mess, emotionally as well as financially. Spenser takes her case and gets to the bottom of it all, encountering danger and intrigue along the way. So far, so good. But here's where it lost me. About 3/4 of the way through, there's a Clark Kent plot twist. Remember how no one at The Daily Planet realized that Clark Kent was Superman simply because he wore glasses? Here one of the bad guys completely changes identity, simply by dying his hair. I mean, really!
3.  What will you read next? It's time for another biography. Nixon is top of mind these days. Maybe Dolley Madison? 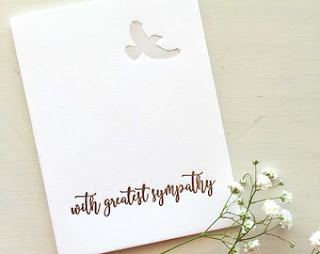 Today was a weird day. A sad day. A quiet day.

First I learned that my friend Nancy's father died. She's very philosophical about it. He had been very ill for a long time and, Nancy said, "ready to go." She also readily admits that the loss hasn't sunken in yet. I told her I'm ready to be there for her -- whether she wanted to talk or just wanted to be distracted. I reminded her I've lost both my parents, so this is a path I've walked. She said she would remember to call on me. I'm going to send a note this week, reiterating this. Sometimes it's nice to hold a card.

Then my friend Henry called. In tears, and I've never heard him cry before. His friend Ted died this morning. Like Nancy's father, Ted had been in ill health for years. At these final stages, there were no facilities in Key West that could provide him the care he required and he's been in Miami since May. Henry spent last night in Miami and is simply exhausted after driving hour after hour to get back to home, only to learn that Ted died while he was on the road. Henry knows I liked Ted and wanted to talk. Henry's partner Reg never really got on with Ted, so I feel like I was important to him today.

I barely remembered that it was the Fourth of July! I'm going to watch Yankee Doodle Dandy in honor of the day.