My prayers are with Sweet Lou 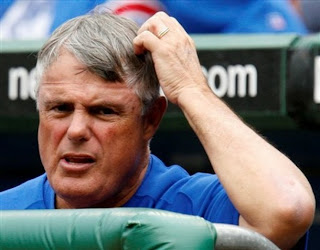 As his memorable tenure with the Cubs limps to an end, the usually fiery Lou Piniella seems even more subdued than usual. For tonight is his last game with the team for a while. After the last out, he's on his way to Tampa to attend the funeral of his 92-year-old uncle, Joe, and to check in on his 90-year-old mom, who has been ill.

He'll rejoin the Cubs in Milwaukee on Tuesday.

So he won't be around for the trade deadline, or to deal with restoring that douchebag Zambrano back into the bullpen.

Summer in the City 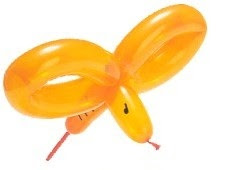 Temperatures dropped to the mid-70s this afternoon, so I was able to comfortably wander about the city this afternoon. First, I headed over to a new spa for a discounted 90-minute hot stone massage. Than I walked leisurely to the el. Along the way, I noticed many of those cool Chicago street moments that I normally would hurry past … like street performers making balloon animals, performing magic tricks, playing kettle drums, and a trio painted silver from head-to-toe, pretending to be a robot bride, groom and minister. A little boy was posing with the wedding party and his mom was snapping his photo. He looked as though being part of this robot wedding was the proudest moment of his young life.
Posted by The Gal Herself at 7/30/2010 06:47:00 PM 1 comment: