Pretty is as pretty does 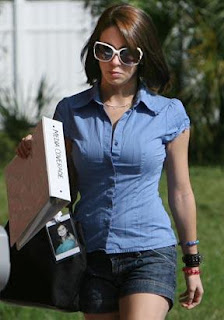 According to the Biography channel program on Casey Anthony:

One of her bodyguards said that Casey was (less worried about Caylee and) more concerned about whether she made it as the top story, how many helicopters were out there, the trucks. And when wearing her white sunglasses, asked her bodyguard "if she looked like Jackie Onassis."

Aside from the fact that they both walked upright and neither had a tail, I can think of no similarities between Casey and JBKO.

By the age of 25, Jackie had gone to Vassar, the Sorbonne and GWU. She spoke fluent French, as well as Italian and Spanish. She'd been Debutante of the Year and had her own byline with the Washington Times-Herald. She was the bride of Senator John F. Kennedy and had suffered a miscarriage. That's the desperate cruelty in Casey's self-serving comparison: Jackie endured 5 difficult pregnancies in her 10 years of marriage to JFK, resulting in a miscarriage, a still-birth, Caroline, John and Patrick (who lived only hours). One of the most famous women of the last century, even her detractors agree she was a loving, dedicated mother.

Casey Anthony at 25 is a high-school dropout and twice-convicted felon who has just been released from prison owing the IRS more than $70,000. What's left to be said about her parenting skills?
Posted by The Gal Herself at 7/17/2011 10:49:00 PM 2 comments: 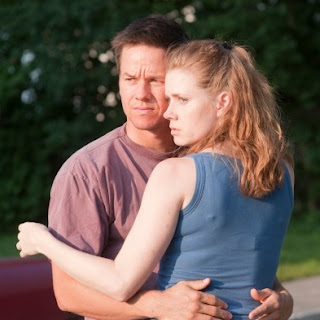 This week's movie topic is all about Favorites...
Share your favorite YTD movie - not necessarily one released this year, just a new-to-you film viewed this year, and link back here at the Bumbles.

The Fighter. Christian Bale and Melissa Leo had the showy, Oscar-winning mother/son roles, but I found the quieter, more tentative relationship between lovers Mark Wahlberg and Amy Adams more moving. These two may be less aggressive and in-your-face, but I think they played the tougher ones, the couple that ultimately prevails. I admired their strength and decency.
Posted by The Gal Herself at 7/17/2011 09:34:00 PM 8 comments:

To cool you off during the dog days of summer 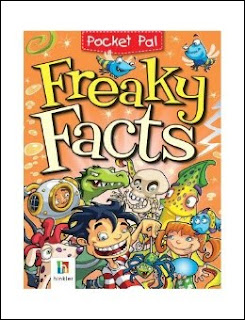 My local Border's always has fun stuff for kids marked way, way down. (And, if the rumors of the chain's demise are true, more reductions are in the offing.) Yesterday I bought this book and a diary with a lock for less than $8! And we all know that there will be holiday toy drives to help needy children ... and, with this economy, there will probably be more needy children than ever. So I consider this an investment in the future.
Posted by The Gal Herself at 7/17/2011 07:00:00 PM 2 comments: