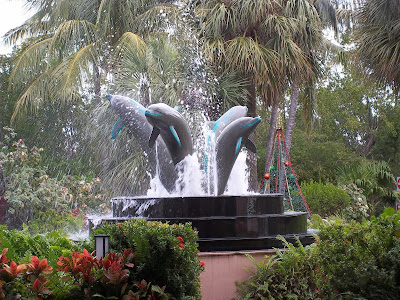 Back from 4 nights in the Keys. It was bittersweet, for while my friend down there loves me very much and truly wanted to be there for me -- making this troubling first holiday season without my mother easier -- he is facing some severe financial problems of his own and it's coloring his outlook.

He just turned 50 last week. His 401k is empty. He has quit paying his credit card bills because he can't afford them and the mortgage payment. He would file for bankruptcy, except it costs $2000 -- and he doesn't have $2000.

Yes, he should have filed for bankruptcy a year ago before he raided his retirement fund for eating money and the roof over his head. But a year ago he truly believed his unemployment/underemployment was temporary and somehow, he would either get a big legal settlement from the college that illegally fired him or a lucrative new job from another school. His outlook was rosy to the point of delusion, and his disappointment gave way to serious depression, and he had to work this through in his own way and in his own time.

Anyway, he's now working full time at the local newspaper and he really enjoys it, even though it doesn't pay the salary he needs/hoped for. He's begun writing fiction and hopes to get his novel published this year (though since he shared that particular hope with me after a few drinks, I don't know how devoutly he cherishes that dream or understands how difficult it will be to realize). He has expanded his circle of friends and his relationship with his longtime lover is inspiringly solid.

It's just that sometimes his tenuous situation gets him down, and when that happens, he gets argumentative and gives in to his unfortunate "tinfoil beanie" tendency. One ridiculous highlight/lowlight was his pugnacious insistence that  -- get ready -- Abraham Lincoln was really gay and the only reason why Doris Kearns Goodwin didn't mention it is that "they" (how my friend hates/fears "them") would black ball her. When he gets like this, I just want to scream! 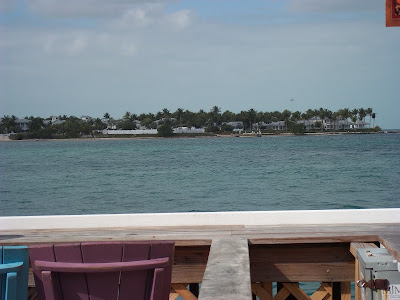 Which is why I was kinda grateful that Monday (New Year's Eve) he had to work and I was on my own. Had a lovely lunch (here's the view from my table), wandered around Duval Street and went to see the new Hitchcock movie starring Anthony Hopkins and Helen Mirren. By the time we got dressed up for our delicious dinner at the Grand Cafe (below), I was rejuvenated and ready to ring in the New Year with my dear, very loving and slightly flawed friend. 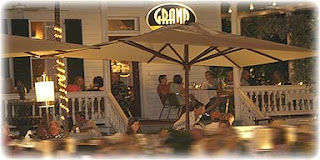 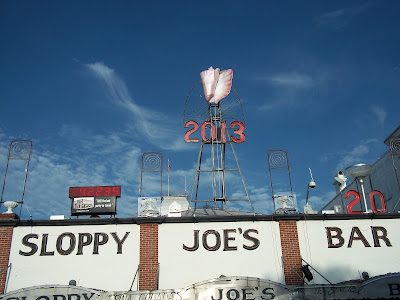 All this talk about "the fiscal cliff" and the possibility of another (!) Recession got me thinking about my finances in a more immediate way. Lately I have been concentrating so much more on what I'm saving and where (IRA, 401(k), annuities, bonds) for the long-term that I have ignored what I'm spending today. Also, the daunting bills attached to my mother's death have given me a "what the hell/I'm already in the hole" attitude.

But I'm almost out of "the hole" left by my mother's estate* and it's time to start behaving like a grown up. So one of my resolutions for 2013 is to bring my lunch to work at least once a week. I estimate that will save me approximately $500 over the year.

$500 in and of itself isn't that big a deal, I know. But it's a start. And it's daily reminder to keep an eye out for opportunities for austerity.

I want those bags -- the ones I left beside the front door -- to unpack themselves. It would be nice if the clothes contained therein would launder themselves, too.