She's in Love with the Boy (1991)
Unfamiliar with this week's tune? Hear it here.

1) This song tells the story of Katie and Tommy. She waited for him to pull up in his beat-up Chevy truck. Tell us about your wheels. I don't drive.
2) Katie and Tommy stay out until 12:30 AM. What time did you go to bed last night? About 10:30 PM

3) The lyrics tell us, "What's meant to be will always find a way." Do you agree? Yes. I have faith that everything happens for a reason. Just because I don't know that reason doesn't mean there isn't one. I have faith that when I get to Heaven, all my questions will be answered.

4) This was the first big hit for Trisha Yearwood. While she's found her greatest success in music, she's also written top-selling cookbooks. Are you a better singer or cook? I'm a better cook, and I'm a terrible cook.
5) Trisha also appeared in six episodes of the TV drama, JAG. She played a medical examiner and forensic pathologist, which means her character had a medical degree and (at least) one year of additional training. That's (at least) five extra years of higher education. Do you enjoy taking classes? I haven't taken a class in so long that I'm not sure.

6) In real life, Trisha earned a degree in Business Administration before going into music. She uses what she learned in school, keeping a close eye on her finances and those of her superstar husband, Garth Brooks. She says she likes and trusts the people hired to their money, "but I check on them." Do you keep a careful eye on where your money goes? Yes. Now I feel guilty because I have weeks worth of transactions to enter into Quicken. It's just I've been dealing with a blessedly mild case of covid and I have the attention span of a gnat.
7) In 1991, when this song was popular, Dances with Wolves was a hit in the theaters. Have you seen it? Yes. I liked it well enough at the time, but not well enough to see it ever again.

8) Also in 1991, Seinfeld was a big deal on the small screen. It's still popular in syndication on cable channels and on streaming services. Do you more often watch broadcast TV or streaming/on-demand channels? I watch broadcast a lot for the news and reruns of my favorite old shows. (Sex and the City is on as I write this.)

9) Random question: Have you ever gone a day without laughing? No. I'm really lucky that way. Something happens every day, even in the worst of times, that makes me laugh. I'll see a baby make a funny face, or my cats will charm me, and I'll get a momentary respite from heartache. I remember sitting in the funeral director's office, planning my mother service. I was completely overwhelmed ... by missing my mommy, by being responsible for her estate, by how fractious my family can be. The funeral director asked about music and said sometimes people choose to play the deceased's favorite songs during the visitation. My mom's favorite was so cheesy: "After the Loving" by Engelbert Humperdinck. Can you imagine? The thought of that ode to post-coital bliss at her wake just made me lose it. I couldn't stop giggling.
This is for you, Mom!
Posted by The Gal Herself at 8/27/2022 06:09:00 AM 7 comments: 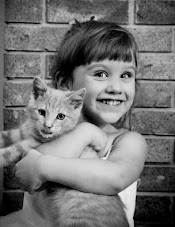 Today's happiness -- Texting with my nephew

No matter what pops into my head -- politics, baseball, Beatles -- I can spontaneously share it with him. It makes me happy that we speak the same language. 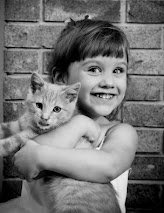 I've been struggling. Nothing big. The work drama and money trouble I'm currently facing are made worse by the fact that covid has sapped my strength. Really, the only symptom that's bedeviling me this time is fatigue. Anyway, when I was hopelessly slogging my way through a blog post I decided to do something I seldom do: I called my oldest friend during the work day. We talked for about an hour. She made me laugh. I felt rejuvenated.

That team really was magic. I loved their personalities as much as their play. I love how they delivered for us. Anyway, when I was feeling run down I conjured them. I played their visit to the Obama White House on YouTube. It lifted my heart. That Obama, he was pretty magic, too, wasn't he?