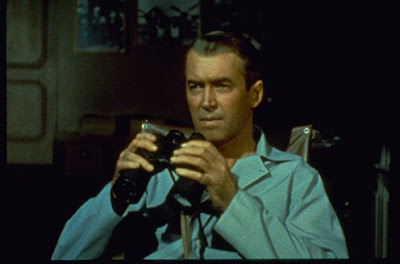 That's me. I've morphed into Jimmy Stewart from Rear Window. But instead of watching my neighbors through binoculars, I have been peering into the life of a former lover and his wife through Facebook.

He and I had an energetic and charged relationship about 10 years ago. There was no hope for a conventional future for us -- he's 12 years my junior and wanted eventually to settle down and have a family and that was never going to happen with me. But I was different from the girls he'd been seeing -- more independent and perhaps a bit more free-thinking. He was interested in trying his hand at theater -- both acting and set design -- as well as voice-over work, in addition to the lucrative computer animation he was good at. He was not yet 30 and had not decided what all he wanted to do. He felt he had time. The woman he was involved with, Debbie, felt 30 was a ripe old age and she was ready for a wedding and babies. I think our fling was a response to the pressure he was feeling.

We broke up the summer he turned 30 and was laid off, the two major events happening within weeks. He sublet his apartment and moved to another state, crashing briefly with his brother and sister-in-law. We exchanged letters and visited one another -- he came here and I went there exactly once. But by Halloween we were done. Without the centrifugal force of sex, there wasn't much holding us together.

I never met the girl he eventually married, but I feel I know her from her Facebook page. They have a year-old son, nicknamed Koala. They are both very active in community theater and she is popular among the company for her chicken meatballs over white rice. They ride bikes together as a family, and in a concession to motherhood she's sold her beloved scooter.

She seems really nice. But she wants another baby.

She ran into her ex-husband and in the five years they have been apart, he not only remarried and had a child but has another on the way. This makes her very blue because her ex not only never wanted children with her, but her husband (my ex) has made it clear that Koala is the only baby he wants. She's trying to change his mind, but doesn't seem to be having much success. One of her recent posts said, "Trying means more than saying you'll try. Trying means you actually have to TRY!"

She posts several times every day, so the story keeps moving at a brisk pace. That's just how it feels. And he's not my lover anymore, I see him through her eyes now, and her continuing saga holds my interest. I hope they live happily ever after.
Posted by The Gal Herself at 9/02/2010 11:05:00 PM 2 comments:

I TRIED to do the right thing 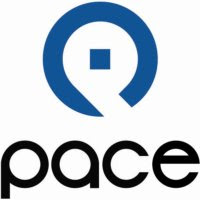 Late last month, when I was paying bills and writing checks, I sent away for my suburban bus pass. They sent me the pass almost immediately, and returned my check. I had stupidly forgotten to make it out. AT ALL. No pay-to, no dollar amount, no signature. It was a blank check in the trueset sense of the word. "Joy" wrote VOID across the check with a post-it stuck to it, explaining what had happened.

I felt bad that I still hadn't paid for my 10-ride bus pass. So I cut another check, clipped it to the one that had been voided, and sent them both back to Joy's attention, thanking her for sending the pass and asking her to accept this check as payment.

And today, I received another pass.

For my TV boyfriend 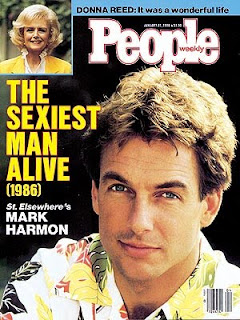 If today (September 2) is your birthday, "Your openness and acceptance increases your powers of attraction this year. Creatively, you are in a powerful stage of your life. New hobbies are possible, or more enthusiasm is felt for existing ones. Increased personal magnetism and charisma are also with you."

If you see Mark Harmon today, wish him a happy birthday and tell him I love him.

I loooooove Jerry Lewis when he's a maniac like this. That's why I can't wait for the Telethon every Labor Day weekend

Before you mock Jerry, you gotta support Jerry's kids. So click here and do your part for a worthy cause. Then just take in the spectacle that is Jer.