Unfamiliar with this week's tune? Hear it here.
1) The lyrics refer to serenading "caballeros," which is Spanish for "gentlemen." Can you say anything to us in Spanish this morning? Hablo muy poco español. There is so much Spanish spoken all around me, I wish I understood and spoke more.
2) Eddie Fisher sings that he's loved this lady since he first saw her. Do you believe in love at first sight? Yes I'm certain that it happens all the time. (Now ask what I see when I turn off the light.)
3) He was drafted and served a year in Korea. Then he spent the rest of his active duty period as vocalist for the Army Band, performing on military bases. (He was still technically PFC Edwin Fisher when he recorded this.) Did you ever play with a band? If so, what instrument? Nope.

4) From 1953 to 1957, Eddie hosted Coke Time, a TV variety show sponsored by Coca Cola. What's your soft drink of choice? I'm with Eddie. Here's an ad from my childhood. I still think of this slogan sometimes when I'm in the beverage aisle. 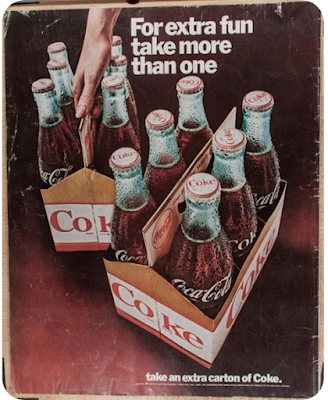 5) Though Coke Time is mostly forgotten today, Eddie was nominated for two Emmy Awards and won a Golden Globe for his work on the show. Have you ever taken home a trophy? No. I won a Clio long ago, but the company I worked for kept the one we got free and wouldn't spring for additional ones. Instead they gave me a $75 gift certificate so I could have the official certification framed. At the time I was upset. I was in my early 30s, just beginning to take myself seriously, and would have liked to display the hardware in my office because of the credibility it conveyed. But now, decades later, it doesn't matter. The framed certificate is in a box, just like the statue would be.

6) Today Eddie Fisher may be best known as the father of Carrie Fisher. She made more than 50 movies and wrote 8 books. Are you more familiar with her as an actress or author? Author. I know she was in some of the Star Wars movies, and I remember her from When Harry Met Sally, but I've read more of her books.

7) In 1952, when this song was popular, hamburger meat sold for just 53¢/lb. Is there any beef in your refrigerator right now? No. I've got salmon fillets and pork chops in the freezer, but not beef.

8) Also in 1952, Mr. Potato Head became the first toy to be advertised on TV. What recent TV commercial comes to mind? Joe Namath wants me to get the Medicare benefits I deserve!


9) Random question: If you could live within any TV show ever, which would you choose? The early seasons of NCIS. Not to solve the crimes. They're kinda gruesome and I wouldn't want to be around that. But to hang around with the gang, to see Kate roll her eyes at Tony, to hear Tony christen McGee with a new nickname, to hear one of Ducky's stories, to sail along on Abby's enthusiasm, to gaze into Gibbs' blue eyes ... that would be fun! 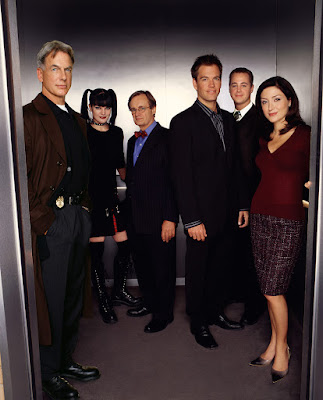 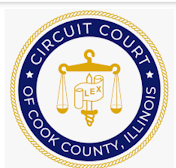 I just received my fifth (5th!) jury summons. I'm a patriotic old gal. I believe in doing my civic duty. But come on!

Over my lovely lifetime, I've already received four of these. After voir dire, I've served twice (the first was a murder trial). I think I've done my part. Especially when I think of all the people I know who haven't been called more than once.

Oh, well. I'm supposed to call an 800 number on Tuesday 2/22 to confirm whether or not I'm truly needed. Maybe this time I'll be dismissed before I'm called. And, if they need me, I won't try to get out of it. I was a Girl Scout, and I guess I'm still one deep inside.

At least I finished strong 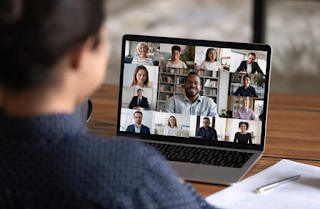 It's not even really an assignment. Our agency got an idea to proactively move the client's business along. My client is very conservative, and there's no way in hell they're going to do anything this cutting edge.

Oh yeah, and it's promotion in a medium I know nothing about: the metaverse.

So I was silent during much of the conference call. I contributed two ideas in advance which, frankly, weren't resounding hits. On the one hand, it was disheartening. I mean, I like being the go-to girl. I like being the font of wisdom, the one who brings the winning solution. And I'm just not that girl in the metaverse.

On the other hand, it's not even really an assignment. I spent most of the meeting with my camera off, downloading bank statements I'll need for my tax preparer.

But at the end of the call, I spoke up. Loud and proud. It wasn't about the promotion, per se, but about the timing. I may not know the metaverse, but I know my client. They likely aren't ready to dump funds into an unplanned initiative this early in the year. Sometimes the spin is as important as the idea, and convincing them that now is the time to do this is key.

"Oh, yeah!" I heard from the little checkerboard faces on my screen. So I may not be able to come up with an idea, but I can provide insights on how to sell one.

Still, I feel the industry is passing me by. I am not sad about this, just accepting. Another reminder that my career is just naturally coming to an end.