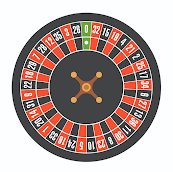 Today I got a giggly voice mail from my friend Henry. He thanked me for the "anniversary" greetings and gift card I sent him and his husband, Reg. This weekend it will be 30 years since they first set eyes on each other on the crowded dance floor of Carol's Speakeasy, a legendary gay bar in Chicago.

I was happy to hear him so happy. But that doesn't mean he's having a good day. That only means that, at about 2:30 PM CST, he was happy. By 2:45 he could be angry, or depressed, or withdrawn.

When I see Henry's name on my caller ID, I feel like I'm spinning the wheel. Will it come up red, and I'll get a "good" Henry? Or will the little ball fall on the black, saddling me with "bad" Henry?

It pains me to report that, after his bicycle accident almost 3 years ago, he's no longer getting better. He's not making progress in his recovery from his TBI. His grip on reality is more tenuous. Everyone discriminates against him as "a brown gay man in Trump's America." Never mind that he lives in Key West, where 1 of every 5 citizens is Hispanic and 30% of his neighbors openly identify as gay. Don't bother pointing out that Donald Trump is now a private citizen in Mar-a-lago and we're all living in Joe Biden's America. Henry won't hear you.

He hasn't been getting the care he needs for a while. Part of it was the pandemic. He met with a new neurologist shortly before everything shut down and never went back. Part of it is his confusion. He had every-other-Wednesday telehealth sessions with his shrink but got mixed up on which week was which. He insists the fault is clearly with his shrink, who doesn't really care about him and never returned his calls. I know better. If Henry doesn't happen to be holding his phone when you call, he won't hear from you. He never checks texts or voice mails.

Then last month he retired. This is not a good thing. He was somehow expecting severance that of course he didn't get. He wasn't expecting there to be a lag time between when he retired and his first pension check arrived (it hasn't yet). He didn't understand that his healthcare would end when he retired or that Obamacare would be so expensive (he can't afford coverage until his checks start rolling in). No one misled him. He just didn't understand what he was told.

Now he has no job to keep him tethered. He doesn't see friends. He can't afford to see his shrink. I've recommended that he make an appointment with his minister, Rev. Steve, whom he respects. But guess what: even Rev. Steve is a disappointment because when he reached out, Rev. Steve didn't call him back. (Yeah, I know; Rev. Steve is just one of the unheard voicemails.)

Back in 2018, I believed Henry would get better. Not well, mind you, but better. Then, about a year ago, I made peace that with the "new" and somewhat diminished Henry. What I had not anticipated was regression.

I cannot accept this, but at the same time I am helpless to change it.