1) Are you of Irish descent? According to family lore, my favorite Grandma was half Irish. Which made my dad 1/4 Irish. And me 1/8 Irish. 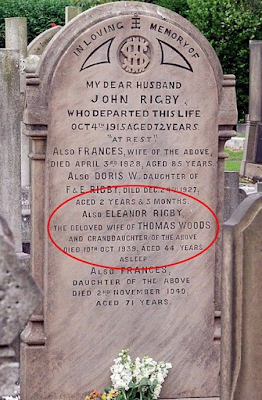 2) Legend has it that the heroine of this week's Irish ballad was a real lass. 17th century birth and burial records confirm that a woman with that name lived in Dublin. Can you think of another song about a real historic figure? Eleanor Rigby's grave is in Woolton, Liverpool. I don't believe that Paul McCartney just landed upon that name by accident. The nearby church that runs this cemetery was the social hub of Liverpool in the 1950s. It was at their summer party that Paul met John in 1957.


3) Molly sold fish from a cart that she wheeled through the streets. What's the last seafood you ate? Gorton's Fish Sticks. Dipped in ketchup. I love them. Don't judge me.

4) The lyrics tell us that, after her death, her ghost continues to wander the streets of Dublin with her wheel barrow. Do you believe in ghosts? No.

5) This week's featured band, The Dubliners, are obviously from Dublin. They were introduced to American audiences on The Ed Sullivan Show. Today, Stephen Colbert tapes his show in The Ed Sullivan Theater. Who hosted the last talk show you watched? Dick Cavett. His shows are rerun every weeknight on the Decades cable channel. Some are quite dated and kind of unwatchable, but the shows devoted to Hollywood icons -- like Fred Astaire, Katharine Hepburn, Bette Davis or Alfred Hitchcock -- are delightful.


6) Corned beef and cabbage is a traditional St. Patrick's Day dish. Is it a favorite of yours? No.

7) According to Irish legend, leprechauns earned the gold in the pot they guard by repairing shoes. Crazy Sam can't remember the last time she got a pair of shoes repaired. When the heels wear away, she discards the shoes and buys new ones. What about you? Do you get your shoes fixed (either by leprechauns or just by ordinary repairmen)? No. But I do make regular trips to the watch repair shop to get batteries replaced. I don't toss away a watch until absolutely forced to.

8) Do you look good in green, the signature color of St. Patrick's Day? Yes. I have green eyes, so wearing green brings them out.

9) Random question: Did you more recently sneeze or cough? Sneeze. I have allergies.

I'm as mad at myself as at anyone else 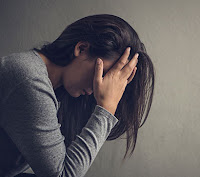 Today was not a good day. And I'm afraid I allowed it to unfold badly.

I woke up this morning to a work email, read while I was still in my jammies, that announced a creative team meeting, suddenly called by Mr. Big himself. He doesn't care about my team or our work. In fact, I've ridden in the elevator with him and he hasn't even spoken to me. What does he want to talk to us for?

So I rode to the office in terror. Expecting to see a cardboard packing box near my chair. However, by the time I got in, Mr. Big had cancelled the meeting. And, in fact, had decided to take the day off. What the hey?

My boss and my art director told me not to worry. Today's aborted meeting could not possibly have been about my imminent axing. Their reasoning: (1) Management has to keep me at least until 3/25, when The Big Project is presented; (2) I was invited, and I wouldn't be asked to the meeting if I was laid off (I'd be in HR). OK, I suppose that makes sense.

But I was unsettled all day. I went to lunch with some chick-lit (The Other Side of the Story) and was starting to feel better. Then I went to the post office to buy some Forever stamps. The patron in line behind me was really rude. Hostile.

I let him get under my skin. I keep reliving it, wondering why he thought he was entitled to treat me that way.

I suppose I have the blues, but it's more than that.

Why do I let other people's stink cling to me so tenaciously?