Thirteen Facts about a Great Lady:
Betty Ford
I admit it -- First Ladies all fascinate me. It's a high-profile role with no job description, with tons of responsibility and little authority, and watching how each woman approaches it is like a Rorschach test into their personalities and their relationships with their powerful husbands.

One of the most influential First Ladies of my lifetime has been Betty Ford. I loved that she specified that at her funeral, Rosalyn Carter eulogize her. Rosalyn's Jimmy beat Betty's Jerry, of course, and even after that hard-fought campaign, a friendship developed. Betty brought people together and healed. Here's my tribute to her.

1) She was a Chicago girl, born Elizabeth Bloomer in April, 1918

2) When the stock market crashed, her family went broke. When she was 14, Betty went to work, becoming a department store model and giving dance lessons.

3) She also entertained the young patients at a hospital for children with disabilities by dancing.

4) After high school, she studied briefly with the great Martha Graham in New York. She financed her love of dance by becoming a photographer's model.

5) She had an early marriage to a childhood friend. That union lasted only five years and produced no children, but it did bring her to Grand Rapids, MI.

6) There she met a lawyer who was about to run for the House of Representatives. Her marriage to Gerald Ford lasted 58 years, until his death, and produced three sons and a daughter. 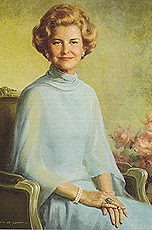 ecame First Lady overnight, without a campaign, when her husband took over the Presidency after Nixon's resignation.

8) She captivated the public with her informality and charm. For example, this was the height of the 1970s CB craze, and she revealed her "handle" was "First Mama."

9) Betty Ford was openly pro-choice, even as First Lady. Daring for any political figure, but especially the wife of a Republican President. But she believed contraceptive choice and legalized abortions would save women's lives.

10) The First Lady's concern for women's health issues became more personal in 1974 when she had a mastectomy. Her frank discussion of breast cancer raised eyebrows because, believe it or not, back in those long-ago days it was considered vulgar to talk about one's breasts. Betty Ford believed that early treatment and frank talk could save lives, and so she that's what she advocated -- yes, right there from the White House.

11) In 1978, after she left the White House, the Ford family confronted Betty about her 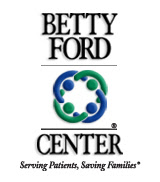 dependence of alcohol and prescription pain killers. After she won her battle with her demons, she came forward and wrote two books about addiction. Betty viewed addiction like breast cancer -- a disease and not a moral deficiency, something to be confronted and overcome.

12) In 1982 she founded The Betty Ford Center, a 100-bed hospital devoted to treating the disease of chemical dependency.

13) Most touching for me was her love affair with Gerald Ford. Imagine what it was like for a Congressional hopeful in the 1940s to marry (as Betty referred to herself) "a divorced dancer." He could have viewed her as a liability, keeping her tucked away, but he was proud of her strength, compassion and candor. And in turn, she thought he was a great American and a terrific husband. The love of her life. When attacked for her plain-spoken honesty in the White House, she was sneeringly asked, "If a reporter asked you how often you had sex with your husband, would you answer that, too?" Her response: "I'd say, 'as often as possible!'"

This week, when so much media has been devoted to a woman her own lawyer dismissed as "a liar and a slut," it's refreshing to spend a little time with a lady who was honest and loving. Rest in peace, Mrs. Ford.

Hot town, summer in the city 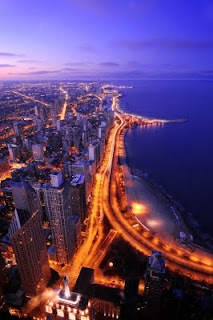 Reflections on Summer in Chicago, 2011

• Crime is up. Much of it is Apple-related, with iPhones being separated from their owners in record numbers.

• I have yet to enjoy Puppet Bike in action! My favorite warm-weather street attraction is virtually MIA. I saw the unmanned bike itself in front of the Cultural Center one afternoon, but that was it. The corner where I usually see him is now taken by an Asian gentleman playing a rather exotic looking stringed instrument. I suppose there's value in that. But I'd much rather see mangy puppets dancing to zydeco music.

• There's a dearth of Farmers' Markets this year. Is it the economy?

• I believe I saw my first-ever pimp yesterday! A tall man in a deep red suit with a black shirt, black hat in hand. I feel more sophisticated now.

• The most popular White Sox players must Buehrle and Konerko, for these are the jerseys I see on fans on the street most often.

• Cubs fans have greater regard for heritage. Lots of Lee, Santo and Sandberg jerseys.

• I hate watching people walk their small-ish dogs across busy streets. Please, if your dog is too small to be easily spotted over a car bumper, carry him!

• Is there anything more attractive than watching and listening to a dad being attentive to his young daughter? Aw ....

I want to be well. I don't feel great, and I should. After all, I'm moving more and eating better. And yet I feel some constant but hard-to-define pressure somewhere south of the navel. Is it because my diet has changed? Or is it an infection? The problem could be my kidneys or urinary tract or bowels or bladder.

I'm not trusting it to just go away and I'm not waiting until awareness moves to discomfort and then pain. I made an appointment to see my doctor one week from today. (Though the nurse told me my doctor could squeeze me in if my condition worsens. I love my doctor.)
Posted by The Gal Herself at 7/13/2011 12:02:00 PM 1 comment: