He seems sad these days

My best friend is laboring under a dark cloud. I suspect it's work related, but I don't know for sure because when he tried to talk to me yesterday, I was under the watchful gaze of three (count 'em, THREE) office mates and by the time I could call him back, he was in a two-hour long conference call. Today he was too overwhelmed by work and the news out of Denver to talk.

While I am very grateful that no one he knows personally was touched by the tragedy, I understand how a local event can get under your skin. I am still haunted by the tragedy of Yummy Sandifer, the murderous 9-year-old gangbanger who was assassinated himself back in 1994. And I haven't forgotten Nailah Franklin, the much loved Chicago woman who was abducted and murdered in 2007 (and whose accused killer is still awaiting trial).

I also learned from exchanging emails with him that. for many in Colorado, Columbine is still a sensitive wound and this just tore it open again.

My best friend is a good man who is very involved with his daughters, very worried about his dad and his siblings -- especially one of his sisters, because he fears her drinking is interfering with her role as mother. So in a way I hope it's "just" work and the Dark Knight shooting that are bothering him. Because the massacre, while heart breaking, is outside of his sphere of influence, and work problems come and go.

I love my friend and I hope the sunshine finds him soon. 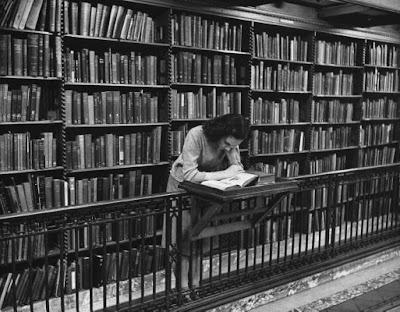 A book meme stolen from Kwizgiver

GREED: What is your most expensive book? Most inexpensive book? I bought my most expensive book about 10 years ago when, strangely enough, I was self employed and could least afford it. The Phantom Prince: My Life with Ted Bundy has been out of print forever and I found it on eBay for about $100. Believe it or not, that a good price, as the cheapest available on B&N is $165. It's the memoir of the woman who was actually engaged to/sleeping with Bundy when he was actively pursuing his avocation -- which was raping and murdering dozens of woman and hiding their bodies. She had a little girl living with her, too. (Shudder.) When she began to suspect him, she notified the police and then felt guilty because she was accusing the man she loved of true evil. It was a short, fascinating, painful read. The author ("Elizabeth Kendall" is a pseudonym) was an insecure single mother in the early 1970s and Bundy deftly exploited her weaknesses. She must be about 70 now. Wherever she is, I hope she's healthy and happy and has forgiven herself for loving this horrible man. If I had more time, I'd reread it. One of the least expensive is the one I'm reading now: Sisters in Crime is a mystery anthology I got for 25¢ at a library book sale. 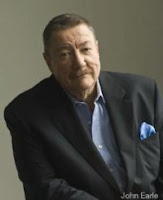 WRATH: What author do you have a love/hate relationship with? Robert B. Parker. I love Spenser and the other characters he developed through that series. Then I hated some of the dialog he put in their mouths. He did such a fantastic job at creating an alternative universe that I got mad at him for not serving it better. Which is silly -- Spenser, Susan and Hawk were his, not mine. I truly mourned his passing because I admire his no-nonsense dedication to his craft, to his creations and to his readers. How I wish he was still here to annoy me! The Parker estate has hired another author, Ace Atkins, to continue the Spenser series and he did a good job. I thought of it as an homage.

GLUTTONY: What book have you deliciously devoured over and over with no shame whatsoever? The Princess Bride. If you have only seen the movie and not read the book, do yourself a favor and pick it up. There's sooooo much more in the book -- more context, laughs, wisdom and insight.

SLOTH: What book have you neglected reading due to laziness? 11/22/63. It's soooo freaking long, and heavy (!), and my TBR pile is so daunting. I read the ending after seeing King on Morning Joe because of the historical implications of the story. I'll read the rest someday. I will! I will!

PRIDE: What books do you most talk about in order to sound like a very intellectual reader? Nigel Hamilton's biographies of Kennedy and Clinton. Hamilton is a Brit by birth and his outsider's take on the US adds dimension and texture to stories I thought I already knew. JFK: Reckless Youth is simply one of the best books I have ever read. I believe it's out of print now, after being made into a rather glossy, soapy mini-series (which is how so many Kennedy books end up!). But if you can find it, pick it up. The story itself is compelling -- taking the future President from birth to Congress, a span of about 30 years. And the spin is masterful -- how a man who looked to have the world beat with his looks, wealth and charm was really struggling with physical and emotional pain every step of the way. Remember, no matter how good someone's life looks on the outside, you have no idea how it feels to live it. Hamilton's first Clinton book, An American Journey, is very good, too. Very insightful. Interestingly, neither Bill Clinton nor (most emphatically) the Kennedy family appreciates Hamilton's work, so it's biography not hagiography. 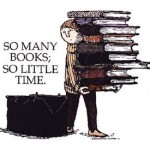 LUST: What attributes do you find most attractive in male or female characters? I always ask myself, "Is this someone I want to spend time with?" Not like, or am attracted to. But want to invest in. Because again, my TBR is so deep. So many books! So little time!