Stephen Doe has contacted me again via Facebook. This time he used the "message" function. It's the same old thing -- he wants to apologize to me, will do so in person if I wish, and hopes I will remember the good times and forgive the others. He closes with, "If you don't want to -- understood." Apparently it's not, though, since this is the fourth time he has tried.

He never was real bright.

He seems frightened of the afterlife, of facing God after what he did to me. And frankly he should be. The thing of it is, he still hasn't learned a thing about selflessness or decency. He still isn't remotely concerned about me and how I feel about this as a woman, as a person, as an individual.

Because this getting forgiveness thing? It's about him. It doesn't matter to him how painful dredging up all this is for me. After more than 20 years! It's unimportant that I'm confused and confounded anew by how much I loved someone who was so unworthy of me. As always, it's about him.

Now that he's mentioned coming up to see me (wonder how that will play with the Mrs.?), I am trying not to freak out. He probably won't bother, and even if he does, there's security at both my office and my home. 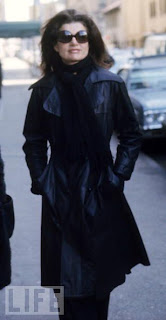 But I don't want to piss him off either. His temper is memorable, and I don't believe he's changed. So I have channeled my all-time idol, JBKO. I have asked myself, "What would Jackie do?" And I think the answer is to rise above it. Not engage him in any conversation at all, but not block him, either. For if I block him, he could get mad. And by not blocking him, I maintain my plausible deniability. Since neither I nor my friend John (the first avenue Stephen used to try to reach me) have ever answered any of his messages, I can just deny having ever received them. As Jackie would say, not lying but making her point, "One receives so many messages online these days!"

In short, I put on my metaphorical sunglasses and just keep going, keeping to myself and keeping to my own path, living my life my way, continuing to leave him alone until he gets the message and leaves me alone. He doesn't have a place in my life.
Posted by The Gal Herself at 4/12/2011 10:16:00 PM 1 comment:

We've had a bit of a crime wave here in town. Women have been separated from their purses between two particular el stops in the wee small hours of Saturday mornings. It's very frustrating to the police because it's obviously one person doing this and somehow they are unable to catch him. Since he sneaks up on his victims from behind and puts them in a chokehold, they are unable to identify him beyond his voice and approximate height. (Because of the hour, they can't be 100% sure of race or size/weight because there's no shadow.)

Anyway, even if you don't live in my village, here are 10 recommendations from the local police department that can help keep you safe.

1) DO obey an offender’s instructions when it’s practical to do so – particularly when they threaten to hurt you. Property can be replaced – you cannot.

2) DO pay attention to your environment and what’s around you.

3) DO keep cash in a separate money clip or pouch so you can hand it over to a criminal without sacriﬁcing credit cards, identiﬁcation and other important items.

4) DON'T be distracted while walking or waiting for public transportation. Someone listening to music can be enticing to a would-be robber.

5) DON'T carry your purse loosely around your shoulder.

6) DON'T sit alone on a bus or train. If you have to travel alone, sit near a transit employee.

7) On public transportation, DON'T sit with your belongings on the empty aisle seat beside you.

8) DO moderate your alcohol intake. Offenders target those who are most vulnerable.

9) DO walk near the curb, away from shrubbery or bushes.

10) DO walk briskly and with confidence. Suspects look for victims who are in familiar territory.

A fine time was had by all

Let's set the Wayback Machine for Sunday. I got together with my friend Kathleen and her husband to drink a bit too much and listen to big band music at a bar one town over.

It was a perfect outing for all involved. Here's why:

• Kathleen loves her husband very much, but he's a difficult guy. Fascinating, unique, and difficult. He never likes anything Kathleen gives him. He pretends to, and then returns it. (If she goes fun, he exchanges it for something practical. If she opts for practical, he'll return it for a movie or a CD. There's no malice involved; he just marches to his own drummer and it's impossible to discern the tune in his head sometimes.) Also, he doesn't really like going out with friends, which makes planning a bash for him hard. Since he is a huge Sinatra fan, big band music seemed like an event tailor-made for him. And, in case he tried to slither out of it at the last minute, Kathleen told him it was important he do it for ME because ....

• The band features my cousin. One I saw for my birthday last November, and not since. Which is a shame because he is a good guy and lives not that far from me. He's been sending me messages on Facebook, letting me know about gigs in my neighborhood. I would like to solidify ties to that side of the family. His mom is my dad's sister, my aunt/Godmother. Since I lost my uncle/Godfather (my mom's brother) shortly after we all got together for the first time in years, it seems like it was meant to be.

• Kathleen's been under quite a bit of stress lately, at work and in her personal life. The projections for her business beyond the third quarter are not good. And right now, both her dad and sister are ill. It did her a lot of good to get out and do something different, with someone who isn't a relative, since all her family wants to do these days (naturally enough) is go over the amazing bad luck that has befallen them.

We chatted and laughed and teased one another and my cousin visited with us between sets and was very funny in a wry, clever way. I was proud to say I was "with the band." So we got a lot of happy out of the $10/person cover charge. 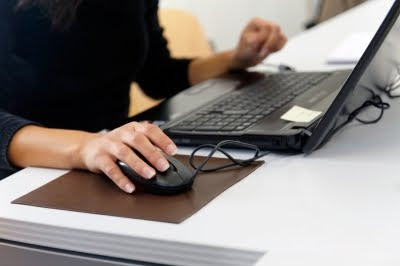 We have been busy here at work, which is not a bad thing. Not in this industry, and not in this economy.

But it has left me a little too tired -- and a bit too sick of writing -- to post when I get home.

I'm going to try to catch up, though. I've had this blog for a long time and I haven't let events outpace it very often.