The stuff of legend

Last night, Kris Bryant did something no major league ball player has ever done before. He went 5-for-5. With 2 doubles and 3 home runs. And each of those three home runs went to a different section of the upper deck.

That's some serious shit. He got a full house -- with his bat.

And with torn pants. As he slid into third base in the first inning, he literally let them rip. He intends to keep wearing the pants until they fall apart. 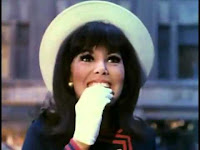 28. What did you want to be when you were a kid, teenager, now? First I wanted to be a teacher. I think that's because it was one of the only jobs commonly held by women in those days. Then, during my That Girl period, I wanted to be an actress/singer, like Anne Marie. During Watergate, I wanted to be a crusading investigative journalist. When things at home became untenable, I decided to be a secretary so I could make enough money to move out. 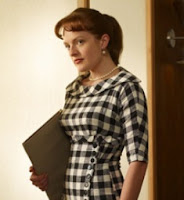 I always wrote long letters, kept journals, noodled with novellas. So, when I was a secretary at Sears, and someone offered me the copywriter's test, it felt very natural and a career was born.

I wanted to prove I could be a creative director, so in that way I was like Peggy on Mad Men. I'm so sorry the show ended when it did. I mean, Peggy and I went through the secretarial pool together, stupidly fell into bed with men from work, had creative director/mentors and then became creative directors ourselves, and ... damn! No more episodes! Without Peggy, how can I predict what my next chapter will hold?