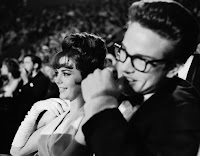 "How can you not be romantic about baseball?"

I really enjoyed Moneyball. It's a baseball movie, but it depicts very little action on the field. I'm not a big Brad Pitt fan, but he's very good in the role of Billy Beane, the GM of the Oakland A's, who successfully introduced an approach to the game that has been adopted to a great extent by the Cubs' new GM, Theo Epstein.

When you play the Moneyball way, there's less emphasis on stars and more on stats, less on the glitz and glam of homeruns and more on grinding it out and getting on base, any way possible. It's about hating to lose even more than you want to win.

Most of all, it's about looking at familiar things in a new way. "Adapt or die."

Through it all, baseball remains the eternal, mysterious, infectious metaphor for life. When one player gets an unlikely second chance to stay in the game after every other team else has written him off, you smile. When another is told his career is over and sent packing, your heart breaks. As Billy asks at one point, "How can you not be romantic about baseball?"

What is the universe trying to tell me?

It's only Wednesday, and so far this week I have ridden to and from work with more physically challenged people than I think I saw all autumn. People in wheelchairs or using crutches, some in casts while others are amputees, they are in my car on my train every morning.

Is this a coincidence? Have they always been there, but I haven't been sensitive to them before? Or is someone trying to tell me something? And if so, what's the message?
Posted by The Gal Herself at 1/25/2012 07:19:00 PM 1 comment: 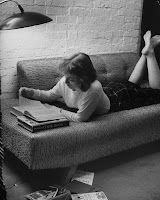 1) I'm currently reading A Royal Duty, Paul Burrell's decade-old memoir about his time with Princess Diana. I can't believe that I'm just getting to it now!

2) Red Mist by Patricia Cornwell was much, much better than I expected. One of the best Scarpetta books I've read in years! The beginning is rather slow, with a lot of exposition, but I'm glad I stuck with it.

I want to watch movies and not see Robin Wright. First I'm stuck with her in the The Girl with Dragon Tattoo, now I find her in Moneyball. She has small parts in both and I have no idea why I hate her so much. She's aging gracefully, delivers her lines competently. I've never liked her, though. Not since she was Buttercup in The Princess Bride.
Posted by The Gal Herself at 1/25/2012 07:58:00 AM 1 comment: