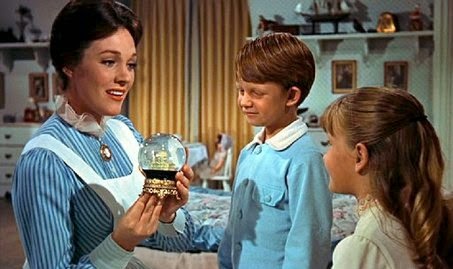 Day at the Museum

My friend Kathy and I spent Monday at Chicago's Museum of Science and Industry. As my birthday gift, she encouraged me to think of something I want to do but can't get anyone to do with me, and so I chose MSI. It was my favorite when I was a kid -- hell, it's every Chicago kid's favorite. But I haven't been there in decades. 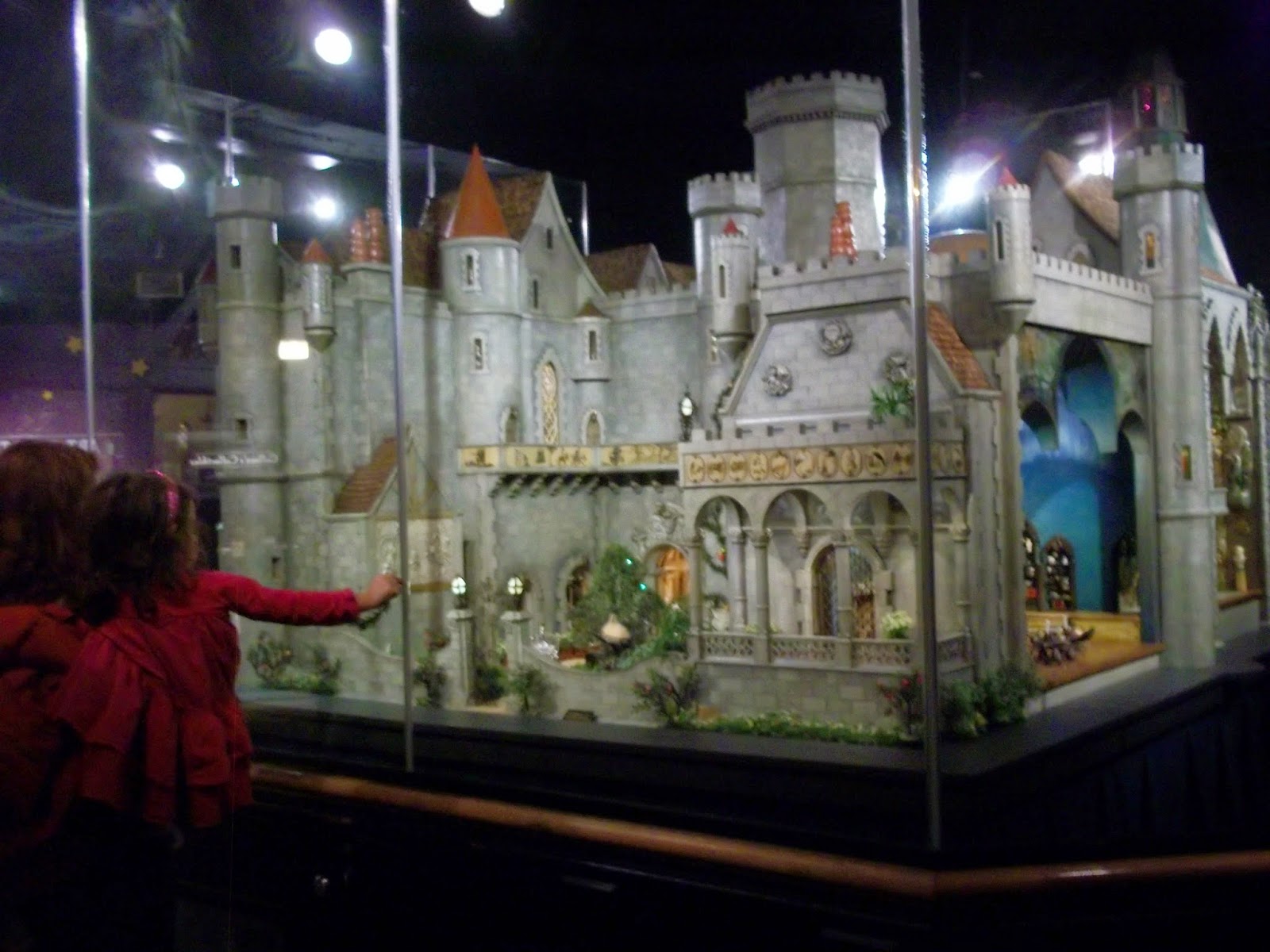 We toured it from 9:30 till 2:30. While MSI is decidedly high-tech and interactive, I wanted to revisit all the favorite exhibits of my youth. First of all, Colleen Moore's Fairy Castle. Everything is built to scale for a 5" tall prince and princess. When I was a tiny gal, I loved it because the lights and water actually worked and because everything in each overstuffed room is handmade and handcarved. Yesterday I learned details that weren't of interest to me as a wee one: the chapel includes the world's smallest Bible and an actual relic, a sliver of silver from The True Cross, a gift to Colleen Moore from Ambassador Clare Booth Luce, who received it from the Pope himself.

When I was taking that picture of the castle, I was sorry the mom and daughter were in the shot. But now I'm glad. Look at her hand, reaching to get closer to the magic inside. That was me and every other little girl who has seen it over the years. 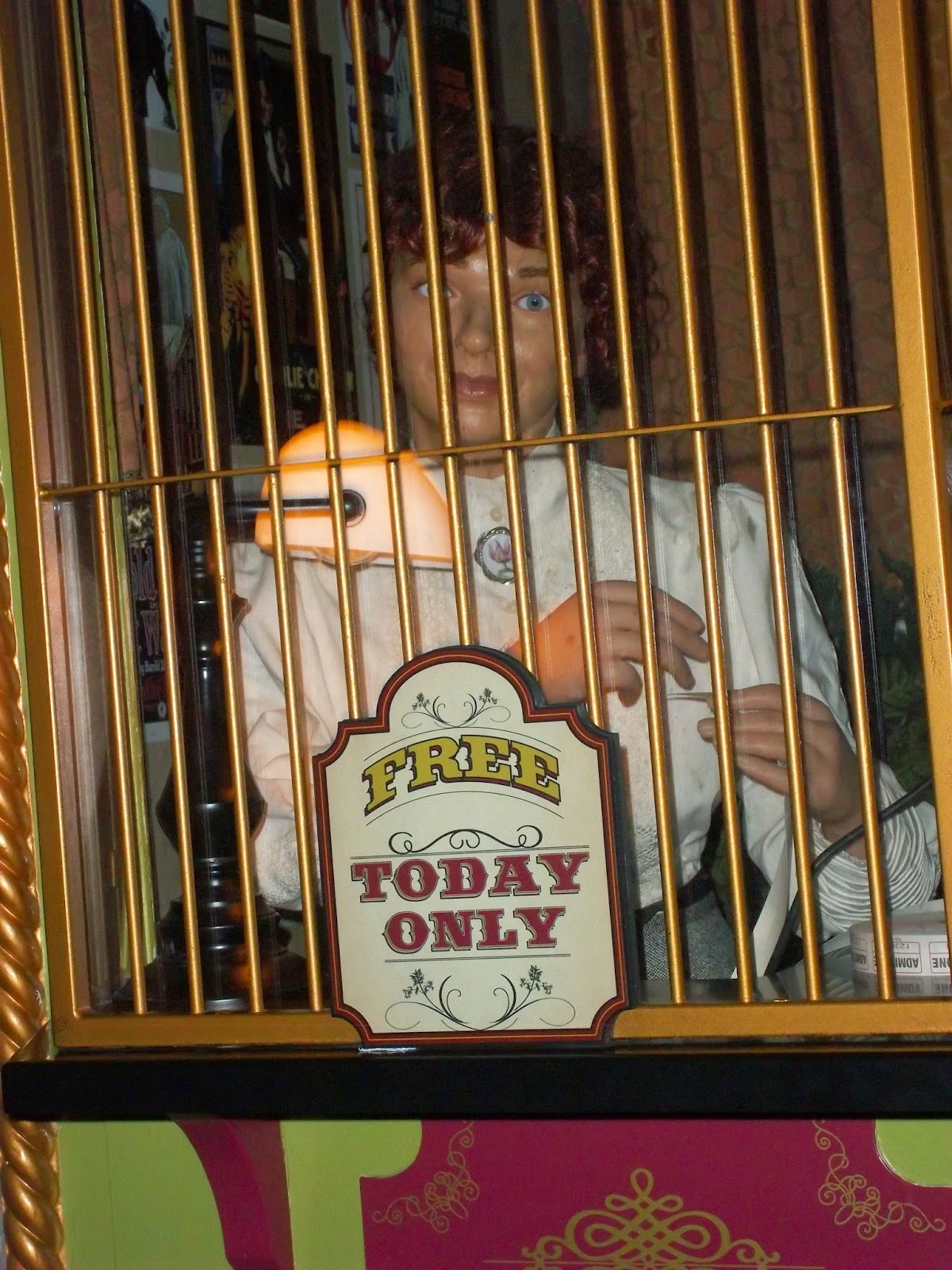 My second all-time favorite place in the museum is Yesterday's Main Street, which represents Chicago of 1910. The streets are brick, just as I remembered them. I saw the corset shop and the grocer's and the old time dentist. But best of all was the nickelodeon, showing silent movies around the clock. The theater is much smaller than I recalled it, but it was in the same spot and she was there. I loved this ticket window when I was a little girl, and thought that ticket taker was the best job ever. It made me so happy to see her again. Then we had real ice cream sodas at Finnigan's Ice Cream Parlor.

This is the first time I've ever been to the museum at Christmastime. Which is a shame, because for more than 70 years, MSI has been celebrating Christmas Around the World. There's this one big tree in the main hall, surrounded by smaller trees representing more than 50 other countries, and decorated  by volunteers from Chicago's ethnic communities. I learned that in the Czech Republic, the traditional Christmas meal isn't turkey but carp (ew!) and a barley/mushroom casserole that sounded pretty yummy; that in Scandinavia, St. Nick doesn't have elves, he has a companion named Black Pete; that in Poland, all pets are included in Christmas celebrations because it was animals who witnessed Christ's birth in the manger. 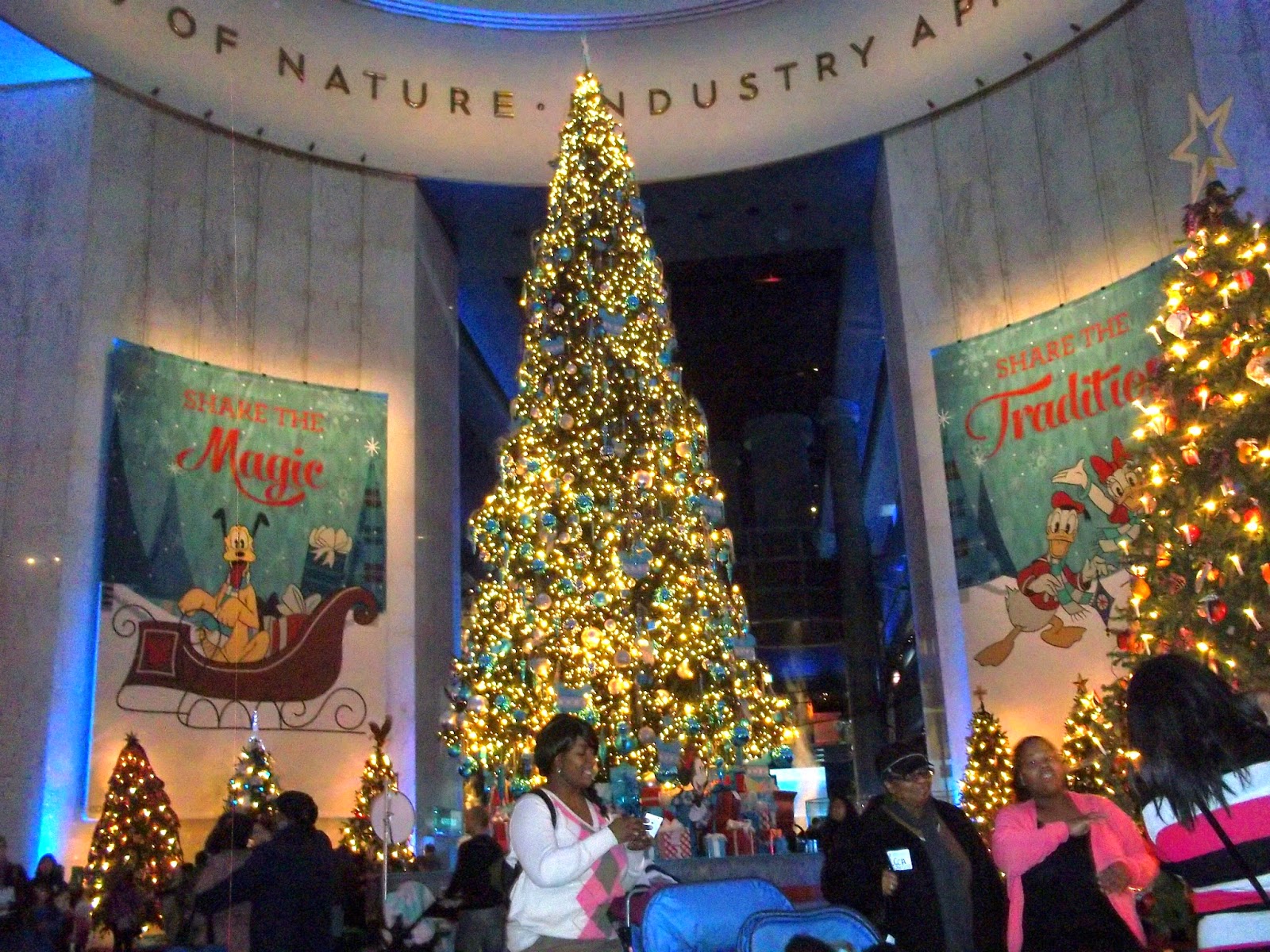 In the gift shop I saw a t-shirt that read, "Talk Nerdy to Me." I almost bought it. Because if there's anything that yesterday reinforced for me, it's that I'm such a geek. I truly can't think of much I would have enjoyed more than my day at the museum.