Early next week I'm sitting down with my boss to compose job descriptions for my staff. 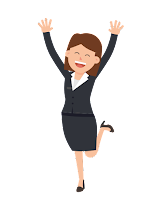 I'm going to have two writers answering to me. This will give me the opportunity to do something I've wanted to do: give my client choices. Multiple ideas and creative concepts to choose from. When all roads lead to me, and me alone, there simply isn't time to explore other ideas. I will oversee the work of the other two players to be named later, and I'll be creating, too. But it won't be all me, just me, all the time anymore.

Also, after 9/15, I will no longer be working on the automotive client. They have been lovely -- it's not their fault I have less than no interest in their products -- and I have learned a lot about writing for the web. But upper management feels that I should concentrate exclusively on my primary client. I asked who is going to pick up my monthly assignments for the automotive client and was told, basically, not to worry about it. There is a feeling that I was mismanaged and misused by the team in charge of that project and now it's time for them to clean up that mess. I kinda/sorta feel bad about this, since again, the automotive client pays us good money for good work and I would like them to continue getting consistent quality. On the other hand, I have mentioned many times to that team that they should have someone on the on deck circle who can also handle this big monthly project. You know, in case I get sick or when I'm on vacation or if my primary client needs me. "Yeah, yeah, we think you're doing fine." They put it off and put it off and now that laissez-faire attitude has come back to haunt them.

So right now, at this moment, I seem to have what I want professionally. I am appreciated. My strengths are recognized and now actually played to. How funny that it happens to me now, when I'm 63. When I'm tired and eager to hang it up. For the past dozen or so years, I have felt underappreciated and on the verge of a lay off. It would have meant more to me to get this recognition and vote of confidence then. Oh well, it happened when it happened and I'm glad it happened.

I did have an awkward moment with my boss this afternoon. I told him that, while I was once a creative director and I know how to be a creative director, I won't play that role ever again. I prefer to be head writer. First of all, that's in line with my pay. Second, I am not going to be responsible for firing anyone, ever again. I simply will not do it. I told him I know it must have sounded odd that I'm already considering firing writers I haven't even met yet, but I wanted this to be clear. I said, "I have worked my way down to the corporate ladder, just to avoid firing people." He says he understands completely, and that if those tough decisions must be made, he and HR will make them.