1) This song was inspired by the Bogart/Bacall movie of the same name. Do you have a favorite Humphrey Bogart film? Which one? Casablanca. "Ilsa, I'm no good at being noble, but it doesn't take much to see that the problems of three little people don't amount to a hill of beans in this crazy world. Someday you'll understand that." Yes, I've seen it a time or two.

2) Where do you rent movies? (Netflix, Redbox, OnDemand, etc.) OnDemand. This question makes me a little sad. I early voted on Friday afternoon, at our Village Hall, a building I don't often visit. But there has always been a mom 'n pop video store across the street. Like since the days when they had a sign in the window that said, "Be kind. Rewind." Now it's empty, closed for good, and the building is for sale.

3) Have you ever been to the Florida Keys? I ring the new year in there every year. I have a dear friend who moved down there more than 15 years ago, and this is our traditional time together. With my mother's death this past September, I suspect I may begin spending Christmas down there, too, in 2013.

4) According to government statistics, more than half the people who currently live in Florida were born in another state. Were you born in the state where you currently live? Yes.

5) To be honest, Crazy Sam really hates this week's featured song. (Hear it here.) Do you like it? Loathe it? Or are you unfamiliar with it?  This song is intolerably annoying. First of all, Bogie didn't say "Here's looking at you, kid," to Bacall in the movie Key Largo. He said it to Bergman in Casablanca. Idiot.

6) Local authorities in a suburb of Sydney blasted Barry Manilow songs into a neighborhood park to keep "hooligans" away after dark. Is there an artist or song that would make you run in the other direction? Well, if Crazy Sam takes "Key Largo" and the folks in Sydney have claimed Barry Manilow, what is is left that really grates? DISCO!

7) Two of the most common fears are going to the dentist and speaking in public. Do either of those really get under your skin? Nope.

8) We're having burgers. What do you want on yours? Lettuce, mayo, barbecue sauce.

9) Here's your chance to do a shameless plug -- What charity or cause do you wish got more support? Right now, New York's North Shore Animal League. I first discovered this charity after 9/11, when they willingly went in and rescued pets from the residences around Ground Zero for people who weren't allowed to return home. So I'm not surprised that they are once again providing shelter to companion animals who would otherwise suffer or be abandoned because of Hurricane Sandy. I can't imagine the heartache that accompanies being told to evacuate my home and not being able to bring my cats. They are members of my family. It would be an enormous comfort to know there was a resource like the NSAL there to help. 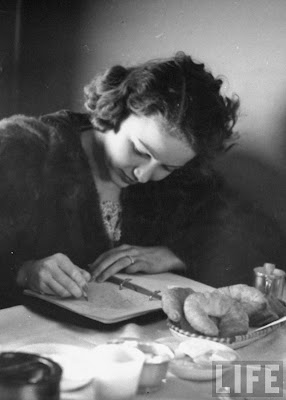 This weekend's challenge: Explain in, exactly 33 words, why I write.

I write to create or recapture a moment that rings with authenticity. I want readers to feel a little jab, a flash of recognition, and say, “I know him,” or “I was her.” 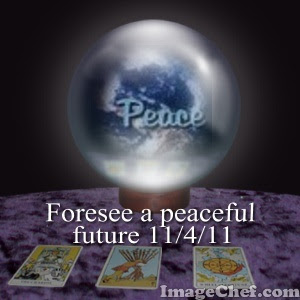 Envision "... a world of peace
where the weak are secure and the strong are just."
John F. Kennedy

I'm very excited about this year's peace globe, and encourage everyone who lands here to participate, too. For more information about this peaceful movement, click here.
Posted by The Gal Herself at 11/02/2012 11:14:00 AM 1 comment:

A night at the theater

Saw Cyndi Lauper's Kinky Boots last night. It tries so hard to be shocking but really, it's a very old-fashioned Broadway show (though this was it's preview engagement before The Great White Way).

So while the plot is predictable, the cast and Cyndi's score have a lot of heart. And the lead, Stark Sands, has an awesome voice. It's a rather drab part as written -- he's a working class lad playing opposite a flamboyant drag queen -- but he transcends it.

A star is born!