I have been there!

Today Hillary gave an important speech about race and she chose the venue well. Illinois' Old State Capitol is where Lincoln gave his House Divided speech, where Barack Obama announced his run for the Presidency, and then returned to introduce Joe Biden as his running mate.

I have had happy times visiting that venerable Springfield landmark -- as a school girl, on trips with my oldest friend and playing tour guide to my nephew. I was supposed to go last month with John, but his illness prevented it. Hopefully we will try to make the trip in spring 2017.

John -- like all my friends of color -- is 100% with Hillary. In fact, before he checked himself into the hospital in May, he reassured me, only half joking, that he had no intention of dying until he voted for Hillary for President. So I look forward to walking the Old State Capitol halls with him.

The speech was important to me because she named the names. She gave proper respect to the five police officers killed in Dallas -- Brent Thompson, Lorne Ahrens, Patrick Zamarripa, Michael Smith and Michael Krol. She also named Philando Castile, the St. Paul school employee shot to death during a traffic stop.

Most important to me, she remembered to name Laquan McDonald and Sandra Bland. Those two deaths have left a raised bruise on Chicago.

"There is too much violence and hate in our country. Too little trust and common ground. It can feel impossible to have the conversations we need to have to fix what's broken," she said. Thinking back on the last year, I realize the willingness to have this conversation is what my black and Hispanic friends have pointed to in explaining their consistent support for Hillary. Right now, those friends don't really care about climate change, tuition reimbursement, or reforming Wall Street. To the POC in my circle, concern about those things* feels like a luxury.

Clinton went on to invoke Abe and his commitment to economic equality. "He deeply believed everyone deserved – in his words – ‘a fair chance in the race of life.'"

She also said that now the GOP is in danger of changing from The Party of Lincoln to The Party of Trump. That sentence alone should make everyone want to support her. As a nation, we simply cannot have that man in the White House, and this obviously imperfect woman is now our last line of defense. 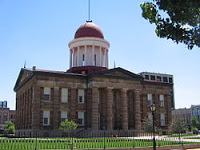 Meanwhile, back in the Old State Capitol: Hillary grew up in suburban Park Ridge. I wonder how many times in the long-ago 1950s she went down to Springfield as a girl. I wonder if it ever occurred to her that she'd give a speech in Lincoln's shadow en route to the Presidency.

*As well as my my priorities: protecting the separation of church and state and a woman's right to choose. 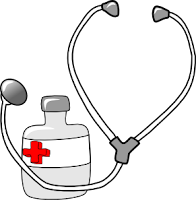 I went to the doctor Monday and got good news: She thinks I'm doing "just fine."

I'm glad, because I was obsessing. While my gut's been pretty consistent lately, it's not the way it was before my long bout with c. diff. I was worried. My doctor is not.

I do, however, need to go back in November or December for more tests. It's a reminder that that c. diff is serious. Obsessing is not good, but that doesn't mean vigilance is bad.

I found tonight's All Star Game kinda boring because it doesn't really count. Yes, the winning league gets home field advantage in the World Series, and this year that might actually have an impact on my Cubs, but that feels like a long way away. My guys are tired and banged up and more than an NL win, I want them to enjoy a few well-deserved days off.

So while I was excited about the All-Star voting, and was happy to see my wonderful team so honored, little about the actual game gripped me.

THIS WAS YUMMY! Kris Bryant's first at-bat in the All-Star Game, opposite White Sox ace Chris Sale (!), and he sent it sailing out of the park.

Thinking a lot about a lot of money 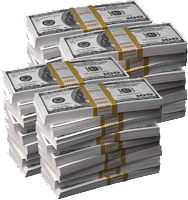 Back on 6/21, I sent my friend Barb a check for $850. This covers our theater tickets for 2016. It was hard for me to scrape it together. But I owe it to her, she's newly retired, and she probably needs it. I mean, that's a lot of money, right?

The check still hasn't cleared! She mentioned it in passing last week, so I know she received it.

$850 is more than my monthly mortgage payment, and it's rattling around in the bottom of one of her purses.

The disparity in our financial situations really bothers me. This week I'm taking her to Roister, Chicago's hot new restaurant, for her birthday. I'm happy to do it, because she's having another round of reconstructive surgery and this will be one of her last nights out before she's off her feet for a while. Plus, she's a foodie, and their chicken is already the stuff of legend. I wouldn't be surprised if the bill reaches $200.

As a gift, I got her a wine bottle thermometer/cuff, an unbreakable wine glass and a little bag of bath salts. It's to encourage her to lay back in the tub and relax, and concentrate on herself now that work is behind her. I put a lot of thought into it, but the price tag was less than $30.

I know she'll say she appreciates it, but I worry that it will look like nothing to her.

This isn't the first time I've noticed that money doesn't mean to her what it does to me.  And it's one of the things that hurts me that may be self inflicted.

I just wish I saw me through Barb's eyes. I wonder how she sees our relationship. What does she get out of it? How does she view me? After 20+ years, I probably should be able to answer that, huh? Maybe I'm just having a low self-image day, and I'm sick of worry about money.