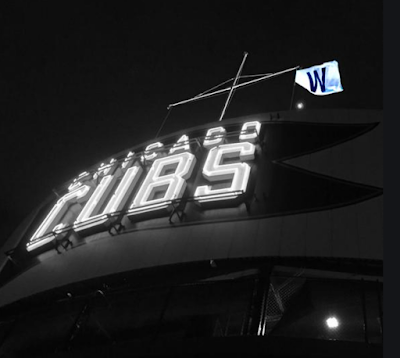 Today the Cubs won. Again. That's 9 win in the last 10 games. Even better, my guys are all still safe from the corona virus.

Today's happiness -- Putting the wheels in motion. I made a list, took photos, and sent them off to Cute Handyman. We're going to agree on a day, before the end of September, for him to come over and replace two ceiling fans, rewire an outlet and install my new smoke detector. Estimated time: four hours.

No, the work hasn't been completed yet. But I identified the projects and hired the contractor. I'm moving in the right direction.

Not with my lambikins, you don't! 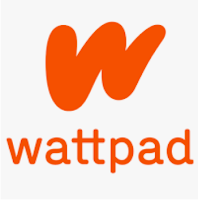 My oldest friend has always wanted to be a writer. Ever since we were little, we wrote stories and made little books. I made words my career, she kept it as a hobby. Now that she's no longer working, she's dived into Wattpad, a social media site for free fiction.*

I found one of her stories and realized I couldn't read it objectively. I know her too well. To me, it was just a series of Rorschach ink blots. Why, if my real-life friend believed she had to move to Southern California to be happy, does she plop her fictional alter ego in Chicago? Why, with her heart problems, does she glamorize smoking, for fuck's sake? Why did she change the name of one of her kids but not the other? And do I really say "fuck" that often? (Oh wait. Yes, I do.)

Anyway, I don't think I'll confess to her that I read it. I'll continue to ask her about her writing and encourage her, but until she puts a manuscript in my inbox, I'm exercising plausible deniabilty.

None of which is the point of this rambling post. I did read someone else's story. Start to (more or less) finish. It was fan fiction about my favorite Cub, Anthony Rizzo.

At first, I enjoyed it. The girl who wrote it clearly has a crush on him, which amused me. My feelings for Rizz are strictly of the maternal he's-such-a-nice-boy variety, but I remember being more than a little in love with several Cubs (from Joe Pepitone in the 70s to Mark Grace in the 90s).

Her romance story began when an as-yet unmarried Rizz famously climbed into the stands to catch the ball. In her story, he landed on her and gave her a concussion. He checks on her. They exchange phone numbers and begin a texting friendship that blossoms into love. She writes about his boyishness and has him playing a lot of video games (he's told us he can't get enough Call of Duty) and sharing lasagna and ice cream. My favorite part was when her fictional Anthony asks his dad for dating advice.


It was sweet. Unrealistic, of course. During the summer, when the Cubs are in town, he can't just go out for ice cream without fans approaching him for his autograph. There was nothing about his cancer battle -- which he admits has defined him as much as baseball -- nor his charity work. But OK. It's fan fiction and it was charming.

Then they have sex. Of course they do. It's her fantasy and besides, sex is what healthy, happy, normal young people have. But I wasn't prepared for my reaction to what she wrote. I DO NOT want to think about the size of Anthony Rizzo's erection! I don't want anyone else thinking about it either. And I want her to stop detailing where he places his "calloused fingers" and how it felt. No, no, no!

There are six times as many Kris Bryant love stories on Wattpad. I can't stand it.

Who knew I was such a prude?

*I'd prefer her to take classes and treat writing like a craft, but what the hell. She's happy and she's gotten encouragement from an online community and maybe I shouldn't be so bossy.
Posted by The Gal Herself at 8/13/2020 04:10:00 AM 2 comments: