Boosted from Kwizgiver --because she shares!

C – Chore you hate: All of them. I am staggeringly lazy.

D – Dog’s name: I never had a dog of my own, though the woman next door let me play with hers -- a little yellow ball of fluff named Sparky. He was very dear. 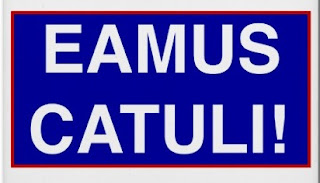 I – Instruments you play: None

P – Pet Peeve(s): People who take up an extra seat on the train for their backpacks and briefcases. Unless your backpack or briefcase bought a fare, it shouldn't get it's own seat.

Q – Quote from a movie: "I'm talking Julie Andrews twirling around like a mental patient on a mountaintop kind of happy." The Sixth Sense

T – Time you wake up: well, my alarm goes off at 6:00, and I lay there and watch the local news for a half hour

W – Ways you run late: I distract myself with things completely unrelated to getting ready for work

X – X-rays you’ve had: Shoulder and dental and mammograms

Y – Yummy food you make: I only have one recipe: apple banana cake 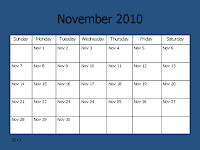 Day 8 :: Someone who made your life like hell, or treated you like shit When I was in high school, one of my relatives molested me. Since he was newly widowed and "depressed," my mother actually encouraged me to have dinner with him one Sunday. Soon he had his hand between my breasts and his tongue in my ear. I insisted he take me home, but I initially didn't tell anyone. My mother was so distraught over his wife's death that I was afraid she couldn't handle it. This emboldened him, and every time we were in the same room he spoke dirty to me. His perverse game continued for more than 2 decades, when I was 38. During a family gathering -- with my toddler niece, my mom and my grandmother right there -- he leaned in and asked me how I masturbated. He knew I wouldn't make a scene and he got off on it.

A switch inside me was flipped that night. I vowed he would never speak to me that way again, and I haven't allowed it to happen. My mom and my sisters now know what he did to me. It isn't so much that they don't believe me as that they wish I'd just get over it already. It was so much easier before, when I just went along and kept the peace.

He's very old now. I wish he'd just die and get it over with, because I often wonder how I'm going to handle his funeral. A pillar of the church, many of the out-of-town cousins think he's aces, a patriarch worthy of respect, and will undoubtedly wonder why I'm not at his wake/funeral. I have too much respect for death and God to pretend a grief I won't feel, I don't know that I feel like covering for him, and I don't have the stomach to dredge it all up and explain to the cousins.

And it pisses me off that I suffer all this agita over something that never was my fault.

Share on the worst movie you've ever seen, linking back here at The Bumbles. And don't forget to visit your fellow participants!

There are some bad movies I luxuriate in, the way others slide into a warm bath. Have

you ever seen Valley of the Dolls? Attack of the Puppet People? There's a genius to how awful-yet-watchable these films are.

Then there are the movies that just suck. They have no entertainment value whatsoever. Here are two. Never watch these movies. Save yourself.

City Heat. It stars Clint Eastwood and Burt Reynolds, with Jane Alexander and Rip Torn in supporting roles. So you can expect it to be high quality and campy fun, right? WRONG. It's beyond bad, it's insultingly stupid. Too dull to watch, too many car crashes and shoot outs to sleep through. AVOID AT ALL COSTS.