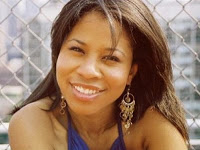 What I didn't expect to learn was this: Nailah Franklin's father, a retired biochemist, was not in the courthouse to see this. He died three years ago, before he could see justice for his daughter.

And in tonight's episode ...

Mr. Big got into work Wednesday, and was discreetly sent home. He was let go after a little more than four years.

He hired Long Tall Sally and Christine the Mole, two examples of major mismanagement just this year. I can only imagine how many other missteps were made that I didn't see. So I don't dispute that this move needed to be made. I just hate the thought of Mr. Big getting off the train hours early and facing his wife. He was home when his kids got home from school and had to explain the situation to them. This makes me so sad.

When Mr. Big's replacement was introduced to us at about 2:00 PM, Fearless Leader excitedly told us the agency had been wooing him for "at least two years." I felt so sorry for Mr. Big. Imagine knowing that your bosses were on the phone to someone else for your job, day in/day out, for two years! How could you come in every day and still do your best?

I used to be more successful than I am now. I used to have a better title and a bigger paycheck and awards. I burned out and took sixteen months off. I worked as a freelance writer, taking assignments and mostly working from home. I was, by and large, happy. I worked out often and kept a much cleaner home than I do now. I missed being downtown in the middle of it. I didn't like having to scramble and beat the bushes for assignments. I hated having to file my taxes quarterly.

But today I remembered so clearly why I got burned out. This is a tough, tough business. Suddenly I was glad to be flying below management's radar. 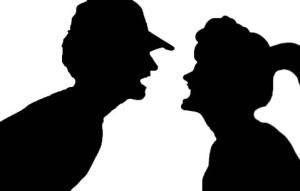 Unit owners in my condo building met on Monday. It wasn't pretty.

The new woman on the second floor is parking two cars where she should only be parking one, thereby blocking other drivers when they try to move their cars. Her response? "You're not blocked. Learn how to drive."

The Saddest Boy in the World complains that our next door neighbors smoke outside their building and he can smell it in his apartment. He reports that the church across the alley is noisy as they repair their roof and replace their downspout and it disturbs his sleep. He doesn't like that the garbage bins are under his window (even though they have been there for at least 20 years.)

The daughter of one of our tenants (she doesn't even live here!) objects to young people "socializing" in front of the people. I suppose anyone "between 15 and 25" should be kept in a pen and out of sight.

Oh, and my assessments will probably go up by approximately $40 every month. Not happy.

I wouldn't attend these sad affairs, or I would at least leave early, except that one of my neighbors is deaf. She has trouble following the action in these meetings -- she can't read everyone's lips at once -- and so I sit beside her with my laptop and key in what I hear everyone saying. She says she wants to run for the board in 2016, so she'll need me even more.