You better let somebody love you before it's too late

I know this is very lowbrow of me to admit, but of the music icons we've lost this year, the one whose work I felt greatest affection for was Glenn Frey. I know, I know. Prince and Bowie were the artistes of the first order. The Eagles were just Top 40 crap.

What can I say? I like Big Macs, too.

Anyway, the Glenn Frey-Don Henley composition that means the most to me is "Desperado." Because it's me. I do always want the one I can't get. I do prize my independence above all else. I do often isolate myself so much that "my prison is walking through this world all alone."

So while I was blue today -- for a variety of reasons, not the least of which is that it feels like I'm the only one on the entire planet not celebrating Mother's Day -- I also didn't reach out. This is a weakness of mine, this reluctance to let others see that I'm hurting and that I need help. My self sufficiency isn't a gift to anyone, I see that. It's just that it's a hard habit to break. 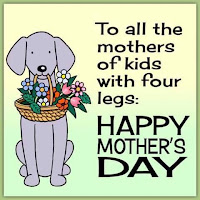 Two acts of kindness meant a great deal to me today. The first happened first thing in the morning and came from an unexpected source. My neighbor Sally, whom I've helped over the last year or so, shot me an email with this attachment. She's both a mother and daughter, in addition to being a doting dog owner, and yet someone sent this to her and she was kind enough to send it to me. Not to a long list of email contacts, just me. It made me very happy.

And then my friend from Key West called. I owe him an email, actually, but he's not one to keep score. He and his partner are the most casual of Facebook users and just the other night caught up with my posts of the last month. They just now saw the one on April 26 where I shared the unfortunate news about my big special assessment -- $4,500 for the new elevator. They considered that a big bill and were worried about me. 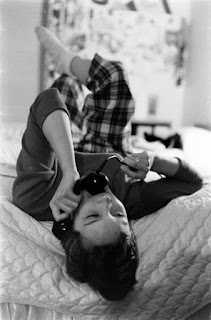 We talked and talked and talked. It felt sooooo good to feel so connected to someone. I'm so grateful that he's willing to put in the effort it takes to keep a friendship intimate and vibrant, even across the miles.

I have to remember, too, that I can be the one to pick up the phone, too. I'm comfortable reaching out to my oldest friend, but she's the only one. I need to widen the net.

I need to remember to let people love me.

Monsters in the Closet Meme

Do you usually sleep with your closet door open or closed? Depends on the closet. I keep all the closets shut except the walk-in closet in my bedroom. That's where the litter boxes are tucked away, so that door must stay open.

Have you ever ‘done it’ in a hotel room? Of course. Hotel sex is best.

Where is your next vacation? In a matter of weeks I'm off to Muskegon, MI, for my niece's college graduation. Alas, it is highly unlikely that I will have hotel sex.

Have you ever stolen a street sign before? No. Because it's a stupid and dangerous thing to do.

Who do you think reads these? The other people who play.

Do you have a calendar in your room? I have a kitchen calendar at home and a wall calendar at work.

Where are you? I'm just where you found me.

What’s your plan for the day? It's after 4:00 as I answer these, so the day is just about gone. However this evening I plan on doing some work and watching The Good Wife series finale. 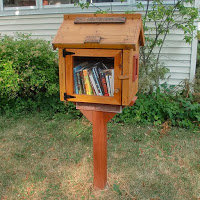 Are you reading any books right now? Why, yes. I found a Grisham I'm really enjoying in my neighbor's Little Free Library. This makes me happy because the previous two books I cracked open really didn't grip me at all.

Do you ever count your steps when you walk? No.

Have you ever peed in the woods? No.

Do you ever dance even if there’s no music playing? Sometimes I sing badly, acappella, and dance. Does that count?

Do you chew your pens and pencils? Yes.

What is your “Song of the Week?” For some reason, an ancient old song, "Call Me Irresponsible," has been stuck in my head. Residue, I suspect, from the Sinatra book I spent months reading.

Is it okay for guys to wear pink? No, they should be arrested and held without parole. Actually, Wrigley Field appears to be awash in pink as I answer these questions. The Cubs gave pink t-shirts to fans in the bleachers today. It's a promotion to support breast cancer awareness for Mother's Day. Some of the players on the field are wearing pink shoes for the same reason.

Do you still watch cartoons? No.

What do you drink with dinner? Depends on the dinner.

What do you dip Chicken Nuggets in? I like barbecue or honey dijon.

What is your favorite food/cuisine? American. I like beef.

What movies could you watch over and over and still love? So many! The aforementioned romance, A Hard Day's Night, My Man Godfrey and The Natural all spring to mind.

Last person you hugged/kissed? The woman at work who told me she was pregnant.

Were you ever a boy/girl scout? Yes, for years and years.

Would you ever strip or pose nude in a magazine? HA!