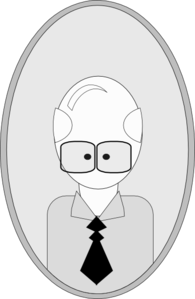 My retired neighbor at the end of the hall, Walt, is 90 years old and alone. So when he appears to be in need, I try to help. After all, that could be me some day.

So this afternoon we rode up together in the elevator. We'd both been grocery shopping. We chatted amiably.

Then I got into my apartment. The heat has been on until just recently and so it was sooo hot and stuffy in here. After I put my groceries away, I turned on the a.c. and stripped down to my underwear as I waited for it to cool off in here. That's when Walt decides to come over.

Fearing that he needs help, I put on my robe and answer the door. He is having trouble with a bill of some sort and wants to come in and show it to me. I don't want him in my apartment because I'm not dressed and my place is a mess. But he is pushy about it.

Now I am covered, more than I'd be at the beach or the health club. But he tells me twice, as I look at his Comcast bills, that he finds me "sexy" in my robe. The first time I told him I was uncomfortable. The second time I told him we were done.

It wasn't hostile. I was telling him he should abandon Comcast and switch to AT&T and then I said, "Well, we're done," and handed his papers back to him.

But I am finished with Walt. He has always been entirely too interested in me, I don't like being interrupted on a quiet Saturday afternoon, and I don't appreciate being leered at. From now on, whenever I see him, I will pretend to be on my phone. When he knocks at my door, I will also pretend to be on the phone.

When I was a little girl, I used to fantasize about living atop a lighthouse. That isolation has never held more appeal to me than it does at this moment.

1) What hurts Sam the most is her sole, since she just found that earring she thought was lost by stepping on it with her bare foot. How about you? Any aches and pains to report? My right ear lobe is so itchy! I think I dried out the skin when blow drying my hair.

2) What's the last thing you misplaced? Did you find it? My gray sock is still missing.

3) Lead singer Gary LeVox sings that he's not afraid to cry. When is the last time you shed a tear? While reminiscing with my nephew about my much-missed old tomcat, Joey.

4) Gary auditioned for another country group, Little Big Town, but didn't get in. Considering how successful Rascal Flatts has been, he's probably not sorry. Tell us about something you thought you wanted, but later weren't so sure. The beef barley soup I ordered. It was more tomatoey than I was expecting. I finished it -- I paid for it, dammit, and the vegetables were delicious -- but I'm still not sure if I liked it.

5) The country group has their roots in Columbus, Ohio. What else is Ohio known for? Going for George W. Bush in the 2004 election.

6) Lead guitarist Joe Don Rooney married model and former Miss Georgia, Tiffany Fallon. Many major pageants give prizes in the talent, congeniality and swimsuit competitions. Would you prefer to have exceptional skills, a great personality, or a terrific body? First of all, I love that someone named Joe Don married a beauty queen named Tiffany. Don't they sound like they could be a couple in a Lifetime movie? Now to answer the question: exceptional skills.

7) 2006, the year this song was popular, was a very good one for tennis pro Roger Federer. He reached the finals in all four Grand Slam tournaments, and won three. What's the last game you won? (Yes, Words with Friends counts.) I may not have won, but I did do very well on Farmville this week. I've reached diamond level. 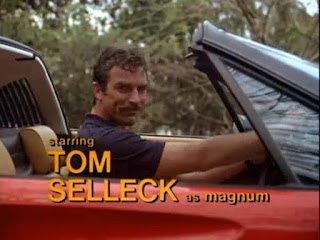 8) Actor Tony Shalhoub won an Emmy in 2006 for his portrayal of detective Adrian Monk on Monk. Who's your favorite TV detective? Thomas Magnum on Magnum, PI.

9) Random question ... You've just won an all-expenses-paid trip but now you have to choose: Carnivale in Brazil, the Bordeaux Wine Festival in France, or the Running of the Bulls in Spain? Wine gives me a headache and the running of the bulls is cruel. So I'll see you in Rio!

Not the news I was expecting

Had a nice, long chat with my friend John today. He's spending one last night at the hospital, and it's been a very positive and productive stay. He sounds better, even laughed a bit.

And I learned that the issue bedeviling John isn't his heart. Yes, he still suffers from heart failure and that condition has not made him any stronger. But what landed him in the hospital this past week is diabetes. Long-term, untreated diabetes. It resulted in the amputation of the third toe on his right foot.

He was pleased to report that he'd spoken to human resources and has hospitalization and short-term disability. Much of his prodigious hospital bill will be paid and once he gets home he'll receive 60% of his salary while he recuperates. This is quite a relief.

He was talking about dietary changes and physical therapy and living another 20 years. This lifted me heart because I love him and can't imagine my life without him.