I refuse to be that person

It's not news to you if you read this blog -- I was very much against Donald Trump's election. And, if you're one of the people who applauded when he mocked the disabled reporter, or dismissed John McCain's heroism because he captured, or called Senator Elizabeth Warren "Pocahontas," or ... or ... I do think the word "deplorable" fits you. It may even be too polite.

That said: Donald Trump will be my President on January 20. He won. I respect that. 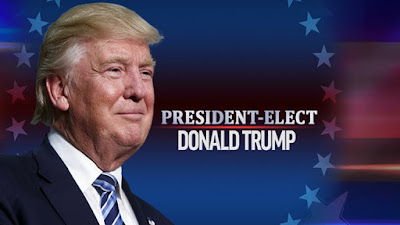 I want him to succeed. I want to learn that he isn't the homophobe his selection of Mike Pence would indicate. I want to believe that somewhere under that bullying, power hungry facade beats the heart of a true patriot.

I respect my country. I respect the Presidency. And I refuse to be one of those people. You remember them -- the ones who insisted on disrespecting Barack Obama, referring to him as "obama" with no initial cap, or "obummer." The people who maintained that he "hated America." The people who applauded when Mitch McConnell and John Boehner vowed -- before he even took office -- to make Barack Obama a one-term President. The people who cheered when Congress refused to hold hearings for Merrick Garland. Those people alternately confused and disgusted me with their ridiculous, toxic partisanship, and I hope I learned from their very bad example.

A coworker told me his wife is still so depressed about Trump's election she can't get excited about Christmas or decorating the tree. My friend Barb says she hopes he will be impeached. My Facebook feed is filled with posts about how dismal the world looks now that we are in Trump's America.

I am still unhappy with the election results. But I have to move on. I have to hope for the best but  be vigilant and, when Trump does something that I cannot abide, I must be ready to act. Within the system. And with respect for the man and the office.

I've always been a Kennedy Girl and the Kennedy brother who lived a full life was Ted. The  Lion of the Senate authored legislation throughout the Nixon, Ford, Reagan, HW Bush and W Bush administrations. If he could fight the good fight without losing his belief in the system or joie de vivre, so can I.

Happy birthday to me, part 7 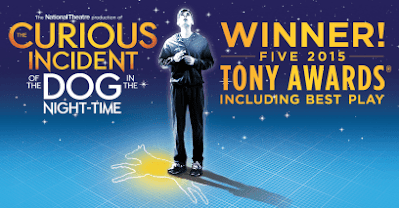 Wednesday night was a mixed bag with Barb, as time with Barb just naturally will be from now on. She is, after all, dealing with her husband's lung cancer while building a new house in another city and trying to get her own breast reconstruction done.

So the fact that she point zero thought into my birthday gift -- a candle and bar of soap -- hurt at first but then I got a hold of myself. No, I'm not a priority for her right now. And while that stings, I have to suck it up and accept that this is how it has to be

Barb also didn't like the play. I sent her a link  days before, but she never opened it. So I was offended at first when she said she hoped it would be a musical -- showtunes about autism? -- and she was offended that a dog was killed (before the play starts). But again, the regular rules don't apply right now. Her life is overwhelming her. This is my time to step up and be more sensitive.

The good news is that her husband has actually gained 10 lbs.! That's an indication that the chemo is working. The contractors on her home in Hilton Head have figured out how to add an elevator to their new home without prohibitive cost. It will make it possible for her husband to go from the garage up to their bedroom without using stairs, which will probably always be too taxing for his compromised lungs.

I'm a little confused about her the state of her reconstructive surgery. First it was on hold because of her infection, then there was dimpling and now her breasts don't match. I don't have any more detail than that because I don't ask questions. I just let her talk. This is intensely personal and she'll let me know what she's comfortable with me knowing.