Sunday Stealing: The Alice Through the Looking Glass Meme

If your life was a book, what would be its title? The Thing of It Is. It's a phrase I say quite often.

Who is/was the weirdest person in your life? I've given this some thought -- because many people in my life (including me) can be weird -- but I think the title has to go to the friend of a friend. She was only in my life peripherally, but I found her completely fascinating. She was angry all the time ... at her children, her students, her husband, Gov. John Kasich and President Obama. It seems the only one she wasn't eternally mad at was Barry Manilow.

She was an obsessive Fanilow, and the Manilow fan forums were the center of her world. Woe be to anyone who didn't worship the way she did -- she'd "rant" away at  them from her keyboard. At one point, she truly believed she had been befriended by the woman who was secretly married to Barry and the mother of his children. (Yes, plural.) She reveled in her "insider" status to the tune of $5,000 that she "lent" Mrs. Manilow. (Yes, "Mrs. Manilow" was a con artist she'd met online and never seen IRL.) She and my friend drifted apart, which makes me kinda sad. I would have enjoyed hearing how she reacted to Barry Manilow finally coming out of the closet and marrying a man. If it sounds like schadenfreude has gotten the best of me, let me reiterate: she was a bully. Genuinely mean to anyone who disagreed with her (I suspect this is because her marriage and career weren't going so well, but that's a reason and not an excuse). She was so proud of annihilating people with her "rants."

What is a special thing that someone once did for you? My friend John not only got me tickets to the Cubs Convention, he attended it with me. John's a casual fan, not a passionate follower like me, so I was touched that he did this for me.

If you could erase someone off the planet, who would it be? I wouldn't.


What’s a big goal that you have? I would like to feel better. I've had a rough year, healthwise.

If you could time travel and meet yourself at 16, what would you tell yourself? That high school is an awful time of life, and once I get out and am on my own, I will be happier. Just hang in there, Gal.

If it were the last day of your life, how would you spend it? I hope to not know when -- as Sinatra sang -- "the end is near." I'd like to just die suddenly, the way my grandma did. She was lying on her bed, reading a Louis L'amour book from the library, when she had a heart attack and died. Her glasses were still on her nose and the book on her chest.

If you could meet any celebrity, who would it be and why? Joe Maddon, the Cubs fantastic manager. I adore him, and have so many questions.


What is one thing that you would never do that others you know have done? Get a tattoo.

What is one romance depicted in film that you’d love to experience? Maria and Capt. Von Trapp in The Sound of Music. They saw the best in one another. And they gave up everything to flee the Nazis, which is everlastingly cool.

Describe yourself in just one sentence. Like no one else. 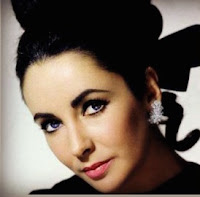 Who is the most beautiful person on earth? While I haven't seen everyone on earth, I am tempted to say that Elizabeth Taylor in her prime was beyond beautiful.

What was the best experience in your life? I remember being awoken one morning because the man I was with was holding me so tight. That one moment stands out in our relationship, and in my life.

If you could rule the world, what would you change? I'd wash everyone's bias away.

Where were you when you heard the news of 9/11? I was tying my shoes. Then I was going to turn off the TV and run out to catch the 8:20 train. That's when I saw the second plane hit. In honor of 9/11 and all the heroes we met as a result, I'm closing with Bretagne. This beautiful girl was the last surviving search/rescue dog, and she died earlier this year at age 16.

I've got the windows open! It's been so hot and humid lately that I've had the AC running almost nonstop. It's a delight to listen to the gentle whir of the fan instead.

John Lackey is healthy! I was worried about his rehab but he had a quality start today against the Astros -- and even though we didn't quite win, we still have the best record in all of baseball.

Breakfast was great! Cheese omelette, with hashbrowns and oj as I read about Sir Paul.

I save $11.52! I used coupons to great advantage at CVS and am feeling proud of myself.

Peace and quiet abound! I enjoy Saturdays when I have nothing planned. At work, I sit in an exposed space, surrounded by my team members. Having time to myself, with no due dates snapping at my ass like turtles, is bliss.

So why aren't I happy? Because I've been so fucking tired all day, that's why. 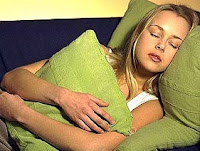 I'm taking matters into my own hands. A week from Monday -- the 19th -- I'm returning to the doctor's office to have bloodwork done. She wanted to do it sometime before year end to confirm that I don't have any lasting aftereffects of c. diff. We're doing it in September instead of October because I want her to know about this fatigue ... and thinning hair ... and the new and ongoing trouble with my eyesight.

I'm tempted to think I have diabetes, because people in my life have it. But from conferring extensively with Dr. Google -- and with input from people in both my real and cyber lives -- I realize it's just as likely to be thyroid.

But here's the thing: I don't want to sleep any more Saturdays away. So it's time to take control of my own health. 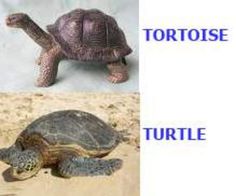 1) This song is a rather shameless come-on by an accomplished ladies' man. Do you enjoy flirting? On occasion. He has to start it, though. When it comes to this, I'm rather shy.

2) Shaggy sings that he's like a turtle coming out of his shell. Do you think turtles, snakes and lizards make good pets? Or would you prefer a companion animal that has fur or feathers? My nephew has had a tortoise, Georgina, for a decade and he's quite devoted to her. And as a girl I had a turtle, Bobbie, that I remember fondly. But for the most part, I'm a dog/cat kinda gal.

3) He also sings that if you don't feel like driving, you should hand him the keys. Are you comfortable letting others drive your car? I don't have a car.

4) He tries to woo the girl with the promise of a bubble bath. Do you enjoy relaxing in the tub? Or do you view baths and showers as simply part of your hygiene routine, like brushing your teeth?  I enjoy them, and find the world always looks better after one.

5) Born Orville Burrell, Shaggy took his stage name from his shaggy hair. Using your hair as inspiration, what would your stage name be? Cowlickster.

6) Sam admits she hadn't thought about this 20+ year old song in years, until she heard it on a Chase Bank commercial. According to the Federal Reserve Bank, checkwriting dropped more than 50% between 2000 and 2010. Who received the last check you wrote? I paid my electric bill. I don't pay online because I can't recall either my user name or password, and I don't keep my bill so I can't key in my account number. It's just easier to write a check.

7)  Which would you prefer to receive in a birthday card: a $25 check or a $20 Target gift card? A $25 check because it's $5 more! I know people who find going to the bank such a hassle and they'd take the gift card. I'm not one of those people. I'm lazy (see above), but not that lazy!

8) Sam's mother refuses to pay bills online. All the news stories about data breaches scare her. Have you ever been hacked? If so, did it take long to get the situation resolved? I've had a Citi and a Chase credit account hacked. Both banks alerted me to the problem and fixed it fast.

9) In 1995, when this song was popular, Michael Jordan "unretired" and returned to the Chicago Bulls. Tell us about a decision you made that you wish you could undo. I sometimes wonder about the path not taken, but I don't know if that constitutes "regret." I try not to second guess myself that way.