Here's the familiar Liebster with a twist -- it's all about the movies. And how I love the movies! To thank you to Aubyn Eli at The Girl with the White Parasol for singling me out. I'm tearing into her questions with the enthusiasm I usually reserve for a good ribeye.

2. What are your top 5 favorite movie scores? My Best Friend's Wedding, The Godfather, HELP!, Bonnie and Clyde, A Star Is Born (1954)

4. Do you watch the Oscars? OF COURSE!

5. Mother's Day is next month. Name 5 of the most memorable movie mothers (note that I did not specify good or bad). M'Lynn in Steel Magnolias, Kate in One True Thing (reminds me of my own mother),  Aurora in Terms of Endearment, and naturally, Stella Dallas and Mommie Dearest

6. What is your favorite "comfort movie" for when you're feeling blue? Breakfast at Tiffany's

7. What is a movie star/director collaboration that you wish had happened but never did? Katharine Hepburn and Sydney Pollack. I believe he was the Cukor of his time, and she was the ultimate Cukor actress, wasn't she?

8. If you could choose any movie star, past or present, to star in the biopic of your life, who 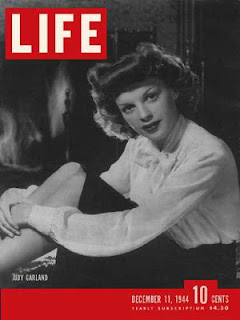 would you choose? Garland. I believe that, when she was on her game, she could do anything, and that she could portray some of the more complicated areas of my life in a sympathetic light.


9. Name an author that deserves more film adaptations of their work. Doris Kearns Goodwin. Look how well Team of Rivals/Lincoln did, both artistically and commercially. I'd love to see her Roosevelt book -- No Ordinary Time -- on screen.

10. Do movie remakes make you cheer, shrug, or shudder? Depends on the remake. I prefer Heaven Can Wait to Here Comes Mr. Jordan. I'm curious about upcoming The Great Gatsby. But a lot of them do seem like a waste of time.

11. What is your favorite "so bad it's good" movie-watching experience? Valley of the Dolls!

1. On average, how long does it take you to get ready for work/school/a day or night out? Probably a little over an hour. Most of that is spent on letting my hair air dry. I don't like using the blow dryer. 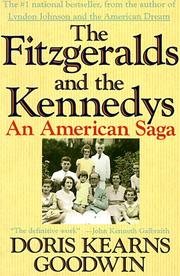 2. If you could ask your favorite author one question about the book(s) they wrote, what would it be? I'd ask Doris Kearns Goodwin about The Fitzgeralds and the Kennedys. I want to know what fascinating tidbits she found in her research that didn't make their way into the manuscript. (I know, I'm such a geek.)

3. What do you think is the hardest thing about growing up? Learning to be yourself, accepting who you are.


5. Who would you rather have point out a flaw that you weren't aware you had: a close personal friend, or a total stranger? A stranger. Then I could blow it off more easily.


6. Do you get jealous easily? If so, what sorts of qualities or characteristics in other people are you most likely to be jealous of? I get jealous when I feel insecure in a love relationship, so it's not the kind of jealous that makes me wish I had someone else's traits.

7. Which version of yourself would you rather have a conversation with: the one from ten years ago, or the one you turn into ten years from now? The future. Definitely.

8. Were you ever bullied in any way as a child? If so, how has it shaped you today? My older sister bullied me often and my parents unfortunately let her get away with it. The result is that I sometimes feel very vulnerable.

9. What is one fear you would like to overcome in your lifetime? I hate flying. I'd like to get over that fear.

10. What is one food you haven't tried yet that you would like to? Nothing pops into my head. Sorry.


11. Is it easier to forgive someone for the wrong they've done you or to seek forgiveness from someone that you've wronged in any way? I'm not good at either one, but I suppose it's easier to ask forgiveness. I can carry a mean grudge.

12. Let’s go random: What did you do for New Year’s Eve for the turn of the millennium? I was with my friends in Key West.

13. What else around here have you noticed? "Around here" would be home, and I guess I've noticed anew what an incredibly lazy housekeeper I am.