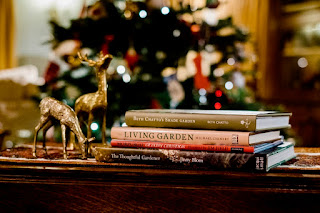 1. What are you currently reading? Still Life by Louise Penny. This is the first book in the Inspector Gamache series. I know I'm late to the Three Pines party. My blog buddy, Kwizgiver, is a massive fan and the staff at the local bookstore recommends it, too. So book #1 has made its way to my book bag.

Jane, school teacher/aspiring artist/longtime Three Pines resident, is found dead in the woods. Shot with an arrow! It's hunting season, so at first the authorities can't definitively classify it as a homicide. But you and I know it's murder.

So far I'm really enjoying the unique sense of place Ms. Penny has spun. The citizens are colorful and unique without being wacky or stereotypical. Three Pines feels like a very real place.

2. What did you recently finish reading?  Becoming by Michelle Obama.This is a very candid post-White House memoir. I was surprised, and delighted, by what Michelle Obama chose to share. Even before Barack stepped onto the national stage, she struggled as she tried to balance her professional/personal lives. As a couple, they had trouble with fertility. Their relationship benefited from marriage counseling. Her openness on these important topics has/will undoubtedly help other women cope. Brava, Michelle!

It was also fascinating to watch her travel from the South Side to Pennsylvania Avenue. She isn't as diplomatic as her husband, not as careful or elegant in her speech. I missed his voice in some of these stories, as I wanted to hear his take on these same events. But this is her story, her chance to talk. As I was reading, I appreciated that this was history I was flipping through..
3.  What will you read next? Cary Grant by Marc Elliott. Unless I change my mind.

My boss is an old fart 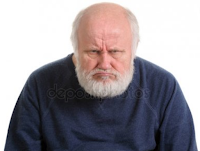 Ok, that might not be the most elegant title for a post, but it's true! We got a project last week. A little one, in the scheme of things. But obviously very important to our client, Rick. It's important to Rick, so it's important to me. I like getting that check every two weeks!

My boss, on the other hand, has been making fun of it. It's stupid, it's poorly thought out, it's too small to move the needle of our client's business ...

Last week, on Tuesday morning, we agreed that I would do two creative concepts and he would do one. After all, he has nothing on his plate right now and is always complaining about that, too.

Tuesday afternoon, I brought it up again, telling him in broad strokes what I decided to do on my two (2) concepts. He said he "couldn't think about it" right now. He was taking Wednesday off to extend his Thanksgiving weekend an extra day and well, he'd do it Monday.

I worked on Wednesday and fleshed out my two concepts. They were on his desk Monday morning. I kept trying to talk to him about them, and the impact they would have on his -- which still needed to be done -- but he was busy. Writing personal checks. After all, our paychecks had been deposited over the weekend! Yes, my boss was openly doing this on company time.

We had a meeting about this project Monday afternoon. My boss sat in the corner and reminded us all how dumb it is, how poorly thought out it is, and that it's too small to have any real impact on our client's work. Yeah, that'll inspire the troops!

My boss snapped to and announced, "You've been arguing about this for 40 hours!" and "We have more important things to worry about than this regulation!" He actually scolded us.

More important things to do than worry about a regulation? Like what? Complaining about how poorly thought out the project is, or how dumb it is, and how it's too small to make a difference?

Fortunately, he left after the meeting. A dentist's appointment. I was glad to see him go. I could no longer stand the sight of him.

Though he left Monday afternoon without doing his concept.

Sometimes I think maybe it's time for all of us to retire.