What makes a heroine? 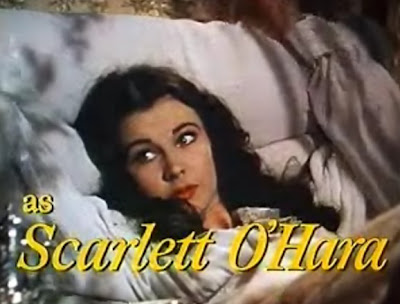 Margaret Mitchell reportedly said that the theme of Gone With the Wind was survival: What makes some people able to get past catastrophes while others go under?

I recently revisited The Lincolns: Portrait of a Marriage and found myself both heartbroken by Mary Lincoln and impressed anew by my all-time idol, JBKO. I've always been struck by the similarities between the two First Ladies, and now I'm it occurs to me that they are both similar in spirit to Mitchell's famous Scarlett.

All three used clothes to create an image. Mary was forever slipping away to New York on shopping sprees. She was afraid if she didn't dress at the height of fashion, the nation would consider her too unsophisticated and rural to be "Madame President." Jackie put Cassini on the map. Her jeune fille style after the older, more stuffy Mamie Eisenhower and Bess Truman helped create an atmosphere where youth = glamor, not youth = inexperience, which is what she and her husband feared. And who can forget Scarlett and the dress made from her mother's curtains as she tried to convince Rhett to save Tara? 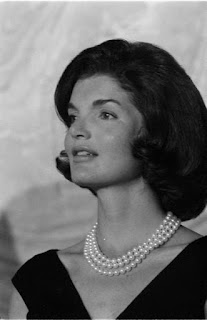 All three were close to their fathers. Each insisted she was her father's favorite, and believed that's why she was "a man's woman."

All three had their pick of men. Mary Todd of the wealthy Kentucky Todds was seeing established Illinois statesman Stephen Douglas but then tossed him over for a country lawyer named Abraham. Jackie went from a millionaire US President to a billionaire Greek shipping magnate. And Scarlett had the Tarleton boys in love with her, and Charles Hamilton, and Frank Kennedy, and Ashley Wilkes ("you've always had my heart, you cut your teeth on it") and Rhett Butler.

All three lost children. Mary buried Eddie, Willie and Tad. After President Kennedy's burial, Jackie had the bodies of the two children they lost (a stillborn baby girl Jackie called Arabella and newborn Patrick Bouvier Kennedy) moved to his gravesite. And Bonnie Butler's neck broke as she tried to take a jump on her pony. 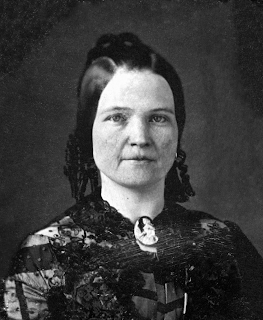 All three fought bitterly with their sisters. Mary and her older sister Elizabeth had a fractious relationship from the moment Lincoln entered the picture. First Elizabeth didn't want her to marry Abe and allowed Mary to have her first baby in The Globe Tavern where they were boarding instead of in Elizabeth's spacious, private Springfield home. Then Elizabeth complained when Lincoln became President and her husband didn't get a "suitable" patronage job. Lee Radziwill never could compete successfully with Jackie, and it didn't help that Lee was the one who slept with Onassis before she even introduced him to her older sister. Similarly, Scarlett believed her sister Suellen was always jealous of her, and the fact that Scarlett stole Frank Kennedy away from her didn't help.

All three lost husbands. Both Jackie and Scarlett lost their second husbands, too.

All three were the subject of gossip and speculation. Mary's fondness for seances, her Kentucky (Southern) roots and fierce temper were topic A in Washington salons. Remember when India Wilkes saw Ashley and Scarlett together in the lumber mill and then went tattling back to Melly? And if it wasn't for the Kennedys, what would the writers of soap operas and trashy novels do?

All three lost their way of life. For Scarlett, it was when the Yankees burned Atlanta and took over Tara. For Mary and Jackie, it's when they were suddenly left homeless. The Kennedys had sold their Boston home before they moved into the White House. The Lincolns had rented their Springfield home and sold most of their furniture when they left for White House. So literally, neither former First Lady had anywhere to go when she had to vacate for the new President and his family.

Two of them endured. Arguably, Jackie did more than survive. She triumphed. At the time of her death at 64, her obit began with "former First Lady" but went on to include book editor, accomplished preservationist and proud grandmother.

Which isn't to say Mary isn't a compelling historic figure. She has most certainly captured a place in my heart and my imagination. But for me, a heroine has to be a woman I wish to emulate. Mary's sad, turbulent life defeated her, whereas Jackie and Scarlett managed to survive and rise above. So for all their faults (their love of money, their willfulness, their penchant for other women's men), I still look up to Jacqueline Lee Bouvier Kennedy Onassis and Katie Scarlett O'Hara Hamilton Kennedy Butler.