A meme for a Friday evening

So, what did you do today? Worked out. Finished up our April acquisition project. Thoroughly enjoyed a Five Guys cheeseburger for dinner as I waited for the grocery delivery guy

What was the last movie you watched? All About Eve

What was the last non-alcoholic beverage you consumed? I am drinking a Coke

What color are your headphones? Gray and black

Who is your last text from? My friend Kathleen 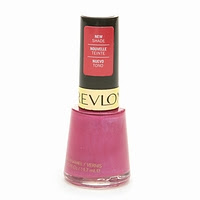 How do you make money? Selling stuff

What color did you last paint your nails? Revlon Oh My Magenta

What color is your wallet? Brown leather

Do you currently have feelings for anybody? Yes, I have a lot of feelings for many people (Kwiz' original answer)

Do you know any "cougars"? No

Have you ever been to a concert? Yes

Who was the last person you were in a car with? Cab driver

Are you in love? With who? I'm a little in love with lots of men.

Do you shave your armpits? It's been known to happen

Do you think that piercings are trashy? Depends on who and what

Is the light on in the room you're in? Yes

Where is the person you dislike the most? Wherever he is, he should only stay

How about the person you have feelings for? How about him?

Do you prefer glass or plastic cups? Glass

Is your house big or small? Small

Can you whistle? Not in the least

Do you wear bows in your hair? Nuh-uh

Has anybody ever been obsessed with you? Define obsessed. I have received more attention than I have wanted.
Posted by The Gal Herself at 3/11/2011 08:46:00 PM 1 comment:

My first audible "OH, NO!" of the season

My heroes in Cubbie blue faced the Forces of Darkness today for the first time in 2011. We were never behind, and at one point (that would be the top of the 9th), the score was 4-0. It was feeling like a gas and a giggle and I was so happy.

And then ... somehow the Sox managed a 6-hit, 3-run 9th and the game suddenly became a nail biter. I was sanguine after the first run. I remained calm even after the second run scored. But with the third run, it happened. I moaned my first "OH, NO!" of 2011.

But who's a Gal of Little Faith? The Cubs prevailed and won 4-3. And, since it's a pre-season game, it's really not a big deal.

The drama in my oldest friend's life continues. She is in surgery as I write this, having her broken elbow and still-smarting wrist repaired. Recovery time will be a month, maybe two. She's worried about her job, and I think that's a very valid concern. She started there in November and by the time she reaches her 6-month anniversary, she may have already clocked 90 days off (her daughter had the stomach flu, she had bursitis in her shoulder, and now this).

I contacted a lawyer in her Beverly Hills neighborhood and got advice on how best my friend can hang onto this job. The free phone consult was very helpful, with tips on how to word any correspondence with her employers. The key, it seems, is to frame this as a "disability," not an "injury." For she protected from legal termination in the State of California if she became disabled in the workplace; no such protections exist if it's an injury. My friend thanked me for doing this bit of legwork for her but has done nothing the lawyer recommended yet. Her children have been too hard for her to handle and she's tired and hurt.

Her 21-year-old son moved back in with her and his temper has been getting the best of him. He's verbally abusive and likes to punch things (walls and doors) when he's mad. Her 14-year-old daughter has been truant, drank beer during school and brought a stoned-out friend home with her who proceeded to vomit all over my friend's kitchen.

She really doesn't need all this drama, and yet this drama is what she keeps getting.

My best friend's theory is that she is the victim of self-sabotage -- that since she has not turned out to be great at mothering, she doesn't feel she deserves good things. He may be on to something here. For how else do we explain her refusal to shoot off an email that could help her preserve her job? (The lawyer and) I practically wrote it for her. Yes, she's tired and sad and hurt, but she'll be in more dire straits if she has no income.

"I love him, but it embarrasses me to walk down the street with him"

My friend Barb and I went to see the revival of Hair last night. I haven't given that show a moment's thought in years (decades?), so I forgot how charming the score is. Here's "Frank Mills," my favorite song of the night.

The rest of the evening was interesting, too. I brought a $20 discount for the restaurant we dined at -- it was a rebate I earned for regularly making our reservations through Open Table. I was very excited about using it to cover our tip, thereby helping me stay on budget for this week.

After the play we stopped at her office to pick up her iPad. I asked her what she used it for and she said, "everything." Not good enough. I'm seriously thinking of getting one to add a year or two to the lifespan of this MacBook. It's still working fine, but unibody is showing signs of wear. If I use an iPad for most things but left the MacBook at home for only Microsoft Word and long-format copy (i.e., work) and Quicken, I'm sure I won't need a new one for at least another year -- when changes in software will drive my purchase decision.

Barb's response? "Gal, just buy a new MacBook. I mean, how much can they cost?"

Whereas I haven't had a raise for years.

I think she forgot.

In 2004, I was burned out and I got off the merry-go-round. I freelanced for a year and half before I took this job, which was a $30,000/year paycut from where I had been. That was my conscious choice -- I no longer wanted to be a boss and I hated firing people. So I'm not complaining or whining about that. (I am complaining and whining about not getting a raise for years ... four years, actually, but who's counting?)

So I think Barb forgot that I'm not longer just a rung behind her on the corporate ladder, and I suspect she assumed I my annual salary is still $30,000 more than it is.

It was a sobering moment for both of us. I tried to diffuse the tension by telling her about my new austerity initiative, inspired by my new motto: "Fat, drunk and stupid is no way to go through life." We both laughed ... albeit awkwardly.
Posted by The Gal Herself at 3/11/2011 12:16:00 AM 2 comments: