It's not that I love Elliott Stabler ... 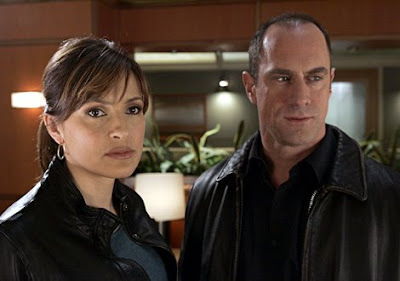 ... it's that Olivia loves him. Yes, he's a hot head. Sometimes he borders on Neanderthal. But, like Olivia, he cares about the victims, especially the children. That binds them together. Olivia accepts him because he accepts her. He keeps her secrets and supports her.

They love one another so much, but they don't know it. (Sniffle, sniffle.)

Sunday -- My nephew is a great kid.

He's spending today with my mother and I had promised him I would swing by. He wanted us to play Beatles Monopoly together, and he wanted me to see his new glasses, which he says look (Harry) "Potterish." He, me and Grandma were going to have a fine afternoon.

But my stomach has been giving me trouble for about 3 hours now. I don't think I should travel far from home and besides, this may be a contagious bug. It would be rather selfish under the circumstances to hang around with a 70-something woman and a 9-year-old boy.

So I called him to explain. He was very sweet. "Of course you can't help it!" he said in his most reassuring voice. Though he was looking forward to playing Beatles Monopoly because he has become "the master," having beaten his mommy in "less than 38 minutes!"

He's a very entertaining phone conversationalist, telling me about a sleepover on Friday night and how soon his new class assignment will be posted on "the 4th grade door" at school and how he hopes next year he'll still be with Jimmy and Leland and Tanner. But not Seth. (He's been with Seth since Kindergarten, when Seth once stepped on his head during naptime. My nephew doesn't see how Seth, or anyone, can "accidentally" step on another person's head!)

So while I will miss playing The Monopoly Master with the Potterish Glasses today, I very much enjoyed our lively time together on the phone.
Posted by The Gal Herself at 8/02/2009 10:51:00 AM 4 comments: Links to this post

I bet it's good to be First Lady 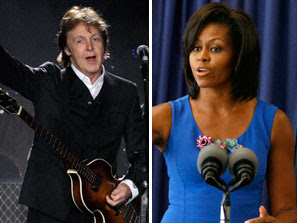 Music superstar Paul McCartney is rocking out at FedEx Field Saturday night and, since he's near the White House, Sir Paul gave a special tribute to first lady Michelle Obama: Before playing the Beatles classic, "Michelle", McCartney told the packed audience that he was dedicating it to the first lady.
Posted by The Gal Herself at 8/02/2009 08:58:00 AM 2 comments: Links to this post

My roommate and I once: had cookies and milk before bed. Since moving out of my parents' home (where I had my own room), I have never shared living quarters with anyone. So I am referring to a weekend getaway to Vegas about 3 years ago. My oldest friend and I were staying at the Riviera, and they actually had cookies and milk on the room service menu. I thought that was neat.

Never in my life have I: had a roommate

When I’m nervous: talk (even) faster.

My hair: is thick and healthy … and I'm glad.

When I was 5: I had three great loves -- my Lassie dog (a plush toy who now resides in my closet), Billy (the "boy" next door who was a mere 22 years my senior), and Little Joe Cartwright (Michael Landon).

When I turn my head left: I see my bathroom.

I should be: doing a little housework instead of blogging.

By this time next year: 20 pounds lighter. (I am so gonna lose that weight!)

My favorite aunt is: my only aunt. I owe her an email.

I have a hard time understanding: The Obama Birther Controversy.

You know I like you if: I spend time with you (on the phone, online or -- gasp! -- in person). As I get older, I'm more selective about who gets into my life.

My ideal breakfast is: eaten out so I have no preparation and no dishes.

If you visit my home town: be sure to stop by Five Guys for a burger.

If you spend the night at my house: you'd better not be allergic to cats. 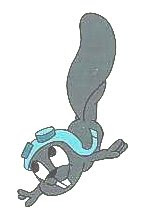 The animal I would like to see flying besides birds: a squirrel who talks and wears goggles.

I shouldn’t have been: so lazy about my exercise and daily diet.

A better name for me would be: Lazy Bones (sleeping in the sun, how you 'spect to get your day's worth done?)

I’ve been told I look like: Julie from The Love Boat.