Today's happiness -- 2:30, still not dressed. I love days like this. Except for laundry, I don't really have anything I MUST do. I have a busy week coming up. I think I'll face it relaxed.

1. Has anyone ever made fun of your taste in music? Yes. I worked with a pair of art directors (it's always art directors) who appeared shocked by what they heard when they walked into my office. I like Elvis. I guess I'm not supposed to. Sir Paul is my favorite Beatle. I love divas -- from Babs to Miss Diana Ross. Get over it. I owe no one an apology for my taste.

2. Do you have pop-tarts in your house right now? No. I do not think I have ever purchased a pop-tart.

3. Does someone owe you over twenty dollars? No.

4. When was the last time you burned any part of your body? Weeks. I don't even recall it, but I'm sure it happened because I'm a klutz.

5. What kind of booze did you last take shots of? I don't do shots. In cold weather I sip brandy from a shot glass. Does that count?

6. If you could see any musician live, front row, who would you choose? Sir Paul. I also wouldn't mind making like Bud and going to see Buffett. (Any art directors out there, start your judging.)

7. If I gave you ten dollars, what would you spend it on? Food. I will be picking up carry out today.

8. Does / did either of your parents serve in the military? My dad enlisted in the Navy during the Korean War. He always told me he was a Marine and made it sound like he was John-fucking-Wayne. My aunt (his baby sister) told me the true story. A Marine platoon "borrowed" him from his ship when they needed a corpsman. He was injured by shrapnel while on land, tending to injured Marines. He recuperated stateside (my aunt remembers it well because she and my grandparents visited him in San Francisco and it was her first flight) and then was returned to his ship. He was never a Marine and, as a corpsman, he didn't have a gun. My aunt speaks of this with such pride. I wonder why my dad so embroidered an already compelling true story.

11.Do you wear your shoes around the house? Nope.

12. Is there ever a time that you enjoy cold showers? Nope.

13. Are you good at filling silence in awkward situations? Yes. I babble nervously.

14. Any TV shows you sit down weekly to watch? No. During work-from-home I've been watching reruns of old shows every day. First it was That Girl, then it was Magnum PI and now it's The Dick van Dyke Show. 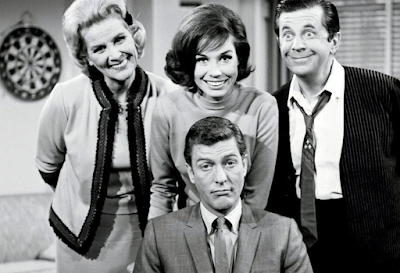 15. Are you one to sneak food into movie theaters? Nope. I believe in supporting movie theaters, especially after they struggled during the pandemic. Paying for overpriced candy helps their bottom line and keeps those kids behind the counter in jobs. I do it happily.