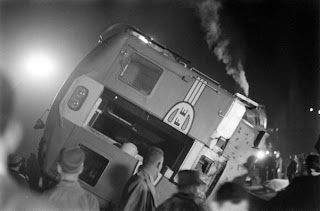 That's where my friend in Key West is, both emotionally and financially. He wants to move away from there today. Right now. IMMEDIATELY! Except he doesn't have another teaching job lined up, and houses in that market aren't moving. It doesn't help that he hasn't even put his up for sale ...

That's the thing of it. Whenever I suggest something that can help him in the short term, he says, "Yes, but ..."

"You could put your home up for sale so when a job on the mainland opens up, you can just jump on the opportunity without worrying about maintaining two households." Yes, but what if sold tomorrow (it won't) where would we live? (An apartment. It's easier to get out of a lease than a mortgage.)

"You could give Spanish lessons on your own." Yes, but having students over to the house would disrupt the dogs. (You could meet at Starbuck's, or anywhere with WiFi.)

"You could use this time to complete your dissertation. After all, a PhD would make you more employable." Yes, but I don't even know where to start. (Well, hell, I don't know either! I'm a community college dropout, you know.)

I'd be completely frustrated except he is such a good, good man. And this immature willfulness is not like him. It's as though losing his job as a professor at the community college broke his heart, broke his spirit. It confuses me, since he wasn't a teacher here in Chicago and he wasn't a teacher when he first moved to Key West. But he sees himself as a teacher, he loves being part of the academic community. I don't understand what he's going through, but I don't question his sincerity or his pain.

I'm worried about him. He has begun saying things like, "Don't worry, I'm not going to kill myself" and "I know you. You want to come down here and hide all the knives." These references to suicide are new and disturbing.

So yesterday I did something I normally wouldn't. I called his long-time lover and partner. We talked for nearly an hour. On the one hand, he told me that my friend is, indeed, "only interested in one-sided conversations" and isn't in a good place emotionally. On the other hand, I came away reassured that my friend has the support of a partner who loves him very much. He acknowledges that being with my friend right now is not easy, but they are a couple and they will make it through.

They have been together for decades now. They are not (and cannot be) legally married. They don't have any children to stay together for the sake of. And yet here they are, weathering a storm together. For no other reason than that they are in love. I find this very moving. 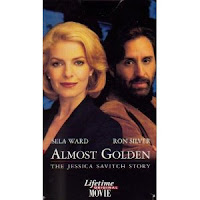 Watching Almost Golden on Lifetime, a made-for-TV movie about Jessica Savitch, the trailblazing but tragic NBC anchor who died in 1983. Sela Ward did a terrific job as the doomed golden girl, in tumultuous love with Ron Kershaw (also well played by Ron Silver). If you get a chance to see it, you should.

A little history lesson for anyone too young to recall her, or who isn't the news junkie I am -- the missing link in broadcast news between Barbara Walters and Diane Sawyer was Jessica Savitch. She anchored NBC News Update, 60 seconds in primetime every night, which made her one of TV's most visible newspeople in those pre-cable days.

Here she is at her best. You Tube also features her rather infamous on-air meltdown, when her speech was so slurred that the control booth interrupted her minute broadcast with a mattress commercial. But you'll have to look that up yourself. I like this Jessica.


Beautiful and blonde and smart, she connected with the camera and had a gift for making the average viewer believe she was telling him a story, not reading from a script. She was such a gifted performer that people felt they knew her, just from one minute each night and the occasional story on the nightly news or subbing for the vacationing Jane Pauley on The Today Show. Viewers felt a personal connection to her that they didn't feel for Barbara Walters or John Chancellor. In terms of her ability to perform on camera, she seemed like a younger, prettier Walter Cronkite.

Only she wasn't. She was a star before she could learn how to be a journalist. And it helped kill her.

Jessica Savitch deserves to be remembered. Nearly 30 years after her death, she has something to say to today's women. She believed that we can have it all, but she didn't accept the price attached to that. She tried to be what "they" wanted her to be, before finding out who she was herself. Instead of accepting the past, especially the loss of her father, she kept trying to repair it. 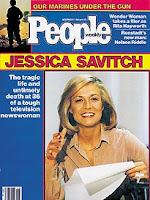 I have an autographed copy of her autobiography, Anchorwoman. I got it on eBay. I have never read it because it's generally regarded as a whitewash of her painful life. But now I think I want to dust it off. I want to spend some more time with her. There are two other books, Golden Girl by Alanna K. Nash (my favorite) and Almost Golden by Gwenda Blair. Here's a link to the PEOPLE cover story on her death.

I don't want her to be forgotten. 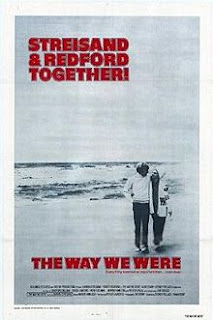