Good friends on the 4th

I had no plans for today. I had a vague idea of things I would accomplish, but then I saw the news out of Highland Park and could barely get myself to shower. I am shocked by it. Frozen. But it's nearly 5:00 and I refuse to give some angry little boy with a big gun the power to ruin my holiday. Instead I will try to concentrate on the good ... and redouble my efforts to get out the vote this fall so more little boys can't get their hands on big guns. 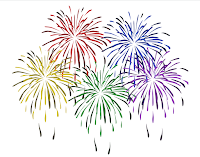 So how will I look back on the Independence Day Holiday, 2022? (I mean, other than the tragedy to the north.) No parade, no fireworks.* I will remember my friends.

First, my nice long lunch with John. I am happy to report he's happy. We are very connected through this 40 year friendship. We were 20-something party animals, dancing the night away. Now we are 60-something AARP members, he with a cane and me with a crazy sensitive gut.

Then Saturday morning, Elaine invited me to join her and her friends for brunch. I declined. With my face bruised and gut so unreliable, I just didn't feel like meeting new people. But I was grateful she included me.

Sunday I met Nancy and her husband for seafood. Yes, I know. The rest of America has been enjoying beef and pork on the grill -- and barbecue is one of my favorite things! -- but that's just not in the cards for me right now. Nancy was so sweet. She kept emphasizing that she and Paul want to spend time with me, "even if it's over toast and applesauce." We had a lovely time. Nancy's husband Paul watches even more TV than I do! So we spent a lot of time comparing notes on old or obscure things to watch. And we laughed and laughed.

It's hard for me to feel good about America on her birthday. Roe, the January 6 hearings, and now this in Highland Park have exhausted me. But I'm an adult and a citizen. It's my responsibility to do something about this sad and sorry state of affairs. Not post memes. That does nothing. This is an election year. I have to raise money and get out the vote.

*Though tonight's neighborhood fireworks display has been cancelled because the aforementioned angry little boy with the big gun is still, as of this writing, at large. 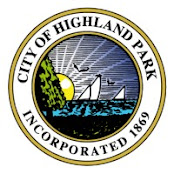 Highland Park is not Chicago. It is a 40-minute drive and a lifestyle away. From the 2020 census:

• 75% of the adult residents have a bachelor's degree or better

One thing I keep hearing on the news, over and over, from Highland Park residents is, "This can't happen here." Well, today it did. At least 6 are dead and more than 30 have been hospitalized after a young man opened fire at their 4th of July Parade.

Highland Park Hospital does not have a Trauma 1 Center. Many of the victims have been stabilized in the hometown hospital and then moved to nearby hospitals with appropriate facilities.

Highland Park is in Lake County. Chicago is in Cook County. In Chicago and Cook County, high-capacity rifles are illegal. Lake County's laws are more lax.

While the rifle has been found, as I write this, more than 5 hours after the carnage, the shooter is still on the loose. I bet he will turn out to be a resident. Highland Park is not a town where it would be easy for an outsider to hide himself from the local police and now the FBI.

Do not tell me the answer to the gun problem is "good guys with guns." This was their 4th of July parade. There was a high police presence, and this happened anyway.

My heart is broken. Nowhere is safe. While Highland Park is not where I'd ever want to live -- I believe in diversity -- I know people who live there, and people who aspire to live there. It's the North Shore! For many it's the American Dream to live in safe, upscale Highland Park.

And today, during a 4th of July parade, a bit of that American Dream died.