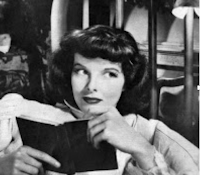 1. What are you currently reading? My Not So Perfect Life by Sophie Kinsella. I'm really loving this one. We meet Cat at the beginning of her career in marketing/advertising in the heart of London. Her point of view and observations are so charmingly spot on that I feel I not only know her, I feel I was her.

So far, the story is shaping up to be a second cousin to The Devil Wears Prada: You know, a young woman discovers the darker side of a glamorous industry when she finds herself at the mercy of a rather monstrous older woman. But the characters here are less arch and more likeable.

I like Kinsella, too. I know from her Shopaholic series that she's a funny writer and am happy to report that here, she's not overly jokey. The humor flows naturally.

2. What did you recently finish reading? The Road to Jonestown by Jeff Guinn. Was he born evil, or did he become evil? That's what was on my mind as I traveled from Indiana to California to Guyana and certain death with Jim Jones.

After this telling of the Peoples Temple horror story, I've concluded that Jones wasn't evil after all, just crazy. Instead of getting the help he needed, he took drugs and more drugs. Pharmaceuticals fed his delusions of grandeur, paranoia and obsession with control.

This is a hard book. There's exploitation, cruelty and the inexorable march to mass suicide in the jungle. But there's also the congregants of The Peoples Temple -- so many of them good people who believed in racial equality and social justice. They gave over everything to "Father" (aka Jim Jones) because they believed in helping the poor and empowering the disenfranchised. My heart breaks for them. They thought they were serving a higher, completely laudable purpose, when in reality they were victims of a mad man.

Well told and engrossing, I recommend this book if you're interested in the tragedy that took more than 900 lives in a matter of hours.

3. What will read next? I think it will be time again for a mystery.

So far, so good

I just did the dishes and this tape seems to have solved my plumbing problem, at least for now. I am so freaking relieved.

One less thing to distract me! And make no mistake about it, I am most distracted. For example, today I paid the same Citicard bill twice. Work ... the pandemic ... economic uncertainty ... racial unrest ... Trump ... I admit it: it's all getting to me. I appreciate that we are living in historic times, but I wish we were looking back on them.

Not much named for Nixon

I have been thinking about Gerald Ford, because next month I'm flying into Gerald R. Ford International Airport in Grand Rapids. In retrospect, I appreciate Gerald Ford way more than I did in real time. I was furious about The Pardon in 1974, but I know now he was right. No American President should end up behind bars -- no matter how much I would personally enjoy seeing this one in a jumpsuit that matches his spray tan -- because that's not who we are as a country. After an ugly chapter, we should move on and and seek healing, not retribution.

Anyway, as my mind ping ponged from Ford to Nixon, I wondered if there was a Nixon Airport. There is not. There is a Nixon Freeway in California, and two elementary schools (one in Iowa, one in New Jersey). It's pretty amazing, when you look at the enormity of his electoral victory in 1972. You would think that after such a landslide, you could take a Nixon highway to a Nixon Airport to a town called Nixon where there would be a Nixon University. Yet clearly, he appealed to a massive segment of our population, and then those very people seemed to want to forget him.

After Donald Trump leaves the White House, I wonder how his current supporters will treat him. After all, Trump didn't come near Nixon's vote totals in 2016. He didn't even win the popular vote. Will MAGA hats still be worn proudly? Or will parents and grandparents be like my own mother, who explained voting for Nixon in 1972 this way: "I went to vote for Ogilvie and Percy,* and Nixon was so far ahead in the polls, I just voted straight party Republican." She always sounded apologetic and embarrassed.