1. What are you currently reading? A Night to Remember by Walter Lord. Written back in 1955, this is considered the definitive chronicle of Titanic's last hours. But it's not dry or boring. Mr. Lord puts us in the dining room with the waiters when the collision takes place, after they've set the tables for a breakfast that will never be served. They thought the problem was a propeller and wondered it if they'd get an extra day in port somewhere while it was repaired. We're with the ship's fireman when he's confused by what he thought sounded like "the tearing of calico," but of course it was ice ripping through steel. It's these details that bring the story to life.

2. What did you recently finish reading? Confessions on the 7:45 by Lisa Unger.  Wow! That is what I said aloud when I finished this story. It is a multilayered, twisty thriller that will keep you guessing to the very end. Then, when you reach that shocking conclusion, you'll say to yourself, "I should have known this all along." All the clues are there. There are no convenient coincidences. Unger took no shortcuts with her plot.

Selena is a mom who just returned to work because her husband lost his job. She finds out through the nanny cam that instead of looking for employment, he's playing with the nanny on the playroom carpet. Selena impulsively shares this with the stranger she finds herself next to on the 7:45 PM train home. That woman reciprocates by saying she feels trapped in an affair with her boss. It's the kind of sharing that's more comfortable with someone you're sure you'll never see again. The stranger muses that it would be nice if all their problems could just "go away." It seems like an innocuous comment. Then, Selena's nanny actually does disappear. What's going on here?
There's thrills and tension but little violence or gore is detailed. I was grateful for that. And the writing is very good. There's a passage at the beginning of the book, when Selena is virtually alone in the office before packing up to take the later train home, that made me miss my office and my pre-covid life so much I nearly got misty.

3. What will read next? I have some biographies stacked up. I think I'll grab one of those. 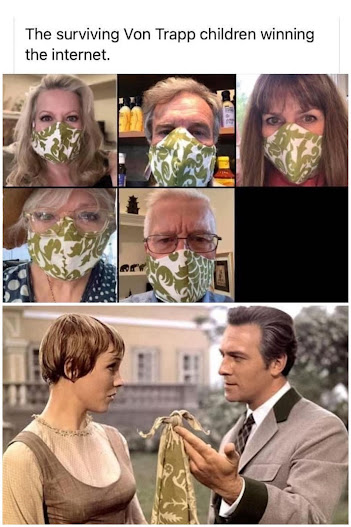 Here's the story about the surviving cast members doing their part for public health.

Let's hope it was enough

I'm haunted by President Obama's words at the DNC: "Whatever you have done so far, it's not enough." 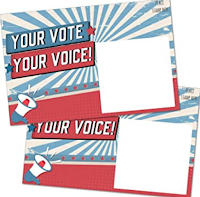 As we lope toward the finish line, I've checked my personal stats. I gave nearly $100 more (almost to the penny) to Joe Biden than I did to HRC. Is that enough? I don't know. I purposely held a little back in case more is needed after the election to pay lawyers to protect the sanctity of the vote.

I handwrote 345 postcards to registered Democrats in 12 different states.

Yes, I did that. Yes, it caused a callous.

I comfort myself that while the other side spews venom, conspiracies and lies about Joe on social media, they are likely just "preaching to the choir." (An ironic phrase, when you consider how many of these smut peddlers claim to be Christian.) I delivered facts about voter registration, facts about vote by mail, facts about online resources to guide voters to their polling places.

I feel good about what I've done. I just pray it's enough. Tonight Amy Coney Barrett has been installed to do what Donald Trump obviously expects her to do: rule in his favor after he loses at the ballot box. Now maybe she'll do the right thing and recuse herself when the time comes. Or maybe she'll behave like a jurist and not a political hack. (It is so possible! Look at Justice John Roberts.)

So the vote has to be decisive. I like thinking that one of my postcards is stuck with a magnet to a refrigerator somewhere, reminding the recipient that early voting has started in her district and here's her chance to GRAB HIM BY THE BALLOT!

Go, Joe, go. As Paul Simon sang about another Joe, "Our nation turns its lonely eyes to you." Rescue us!