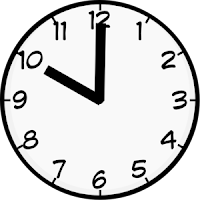 This evening my friend John and I went out to celebrate his birthday. We had drinks at his place and he seemed to really like his gift -- The TCM Natalie Wood Collection. (We love Nat.) Then we went to the Fireplace Inn for dinner and ate way too much heavy food. But it was so good!

We wandered around the old neighborhood for a bit. John has lived there for nearly 30 years, so we have seen a lot of changes together.

I had promised myself that I'd spend my July 4th being productive: primarily, cleaning out and organizing my bedroom. I didn't get anywhere near as much done as I wanted to (lazy, lazy, LAZY) but let's take a moment to review what I did do --

•  Discovered Castle. I don't watch this show regularly and can never remember when it's on. But there was a marathon on TNT and I enjoyed it. The mysteries are kinda "eh," but I enjoy the interplay because Castle and Kate, and Castle and his daughter and mother. One thing I found confusing -- he's a best-selling author, and single, and really attractive. So why is SHE the one with the outside relationships, making HIM jealous?

•  Divested myself of a stack of magazines that had been sitting, untouched, in my bedroom. Including a Playboy from 1977. That gave me a moment's pause. Why did I even have it, much less what was it still doing in my room all these decades later? It included a long, sad article about the death of Freddie Prinze, who I had a major crush on back in the day. It also featured an interview with Robert Blake. It might be interesting to read what he had to say then, knowing what we know about him now. The magazine also might earn me something on eBay. But I threw it out anyway. I was afraid if I let myself get distracted by it, I'd lose more hours of my day.

•  I finally hemmed the jeans I got for crazy cheap from Old Navy. It occurs to me that if I never wear them, they aren't really a bargain after all.

•  Threw that light blue blouse I wore last week and discovered was now too short (I think I may have dried it too many times at too warm a setting) into a bag for Goodwill. Then I added a trio of t-shirts that I bought online and found too thin and too tight. I stupidly lost the receipt and can't return them, so perhaps a smaller busted woman might enjoy them.

•  I went to Boston Market and used my coupon for a family meal for 3 for $10. I have refrigerated those yummy sides and will spread them out over the weekend. The sliced turkey's not bad, either, but it's the creamed spinach, hot apples and sweet potatoes that have captured my imagination. (Yes, I know they're starchy and calorie laden, but the deal I made was to watch what I eat Mon-Fri.) And it will spread out my grocery budget.

•  Ran to Walgreen's for a bottle of bleach and got verbally abused by a helmet-haired old biddie. I called her a "bitch," and I'm not sorry. 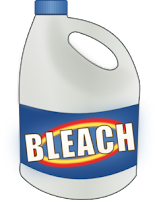 •  I did three loads of wash: mixed, darks and my freshly-bleached whites. So that's two hours I can spend doing something else this weekend.

•  Watched the Cubs play the Oakland As in Oakland. They lost yesterday but it was a close game and the boys have done very well in interleague play this year. This road trip was entertaining, too, with my heroes winning 6 of 10.

•  Fought a little with Reynaldo. Of course. As the vet explained it to me, having me home gets him worked up, as protecting me and interacting with me seems to be his furry reason for being. When he gets too wired, I have begun locking him alone in the bedroom for a while. And the Scat Mat has an impact -- he's so upset that he runs away in horror when I touch it. But he sleeps right next to me, quietly, for hours at a time. I can't tell you what a relief it is that we're making this work. I take my responsibility to him seriously. I adopted him. I took him on. I'm the human, I have opposing thumbs, the responsibility is mine, not his.