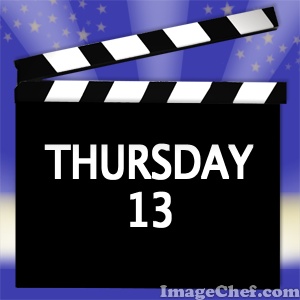 THIRTEEN VERY BAD
BAD GUYS
The American Film Institute (AFI) is one of the best-respected not-for-profits devoted to the arts. It was founded to honor, preserve and promote movies, one of the most uniquely American art forms. Every now and again, to drum up support, they turn to the film historians and critics and put together one of their Top 100 series. I love these lists.

Today I'm throwing a klieg light on the top 13 of their 100 Villains list.


1) Hannibal Lecter. He who likes fava beans and a nice chianti. Silence of the Lambs. (Anthony Hopkins)


4) The Wicked Witch of the West. "Surrender, Dorothy." The Wizard of Oz. (Margaret Hamilton)


5) Nurse Ratched. "If Mr. McMurphy doesn't want to take his medication orally, I'm sure we can arrange that he can have it some other way." One Flew Over the Cuckoo's Nest (Louise Fletcher)


6) Mr. Potter. The mean old man who tried to bring down the Bailey Building and Loan. It's a Wonderful Life. (Lionel Barrymore)


10) The Evil Queen. She who talks to mirrors and poisons apples. Snow White and the 7 Dwarves. (Lucille Laverne) 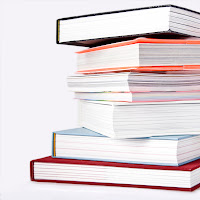 • What did you recently finish reading? My Fair Lazy by Jen Lancaster. Funny and silly. Pure fluff.

• What do you think you’ll read next? Probably Red Mist by Patricia Cornwell. She and I have a love/hate relationship. I'm so fond of Kay Scarpetta that I keep returning to the series, even though I'm invariably disappointed by her later efforts.

Can't wait to play with it

I want my niece to always be this happy. She gets along well with her dorm roommates, has found love with a townie, and breathlessly told me today about the new culinary technique she "mastered." I know her life will have ups and downs -- as everyone's must -- but if only she could stay put in this glorious chapter of her life for as long as possible.
Posted by The Gal Herself at 1/11/2012 05:42:00 PM No comments: